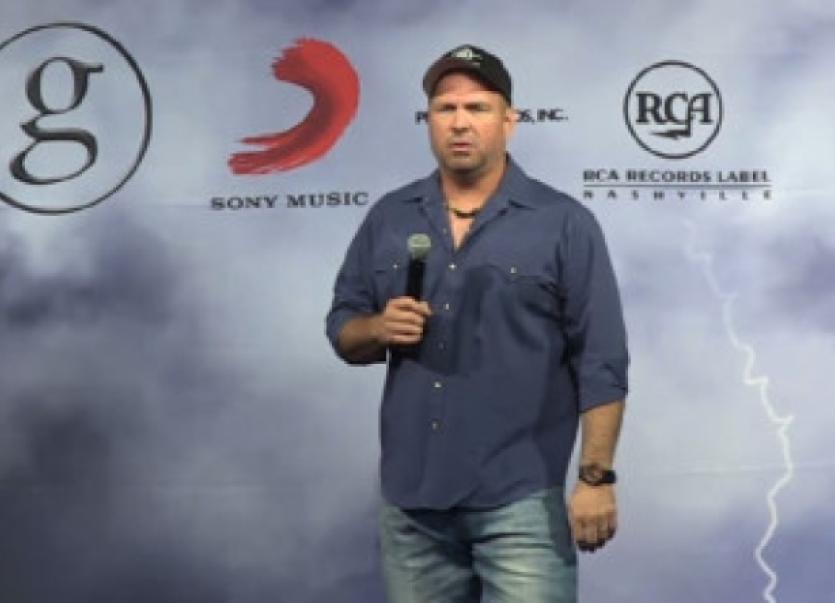 COUNTRY superstar Garth Brooks has paid warm tribute to his Limerick fans during a high profile press conference in Nashville.

COUNTRY superstar Garth Brooks has paid warm tribute to his Limerick fans during a high profile press conference in Nashville.

The Oklahoma star referred specifically to Limerick fans who had suffered in January when many failed to secure tickets to the first of his series of Croke Park shows after queueing for days.

The July concerts, billed as a comeback special, remain on hold due to a licensing dispute with Dublin City Council, who awarded a licence for just three shows, much to Brooks’ dismay.

A huge amount of local fans were among the 400,000 who bought tickets to see Brooks, with the country superstar taking to local airwaves in late January after demand left local fans empty handed to assure them that Limerick “gets special attention”.

At an extraordinary press conference in Nashville this Thursday, Brooks spoke about Limerick fans and how he made sure that “everyone in Limerick who was in that line, was taken care of”.

“I got letters from Limerick and they were all sweet, just saying “we didn’t get em”’. They went from down, to the second (series of concerts going) on sale, and then up again.

“Here comes the letter and the emails and they were so appreciative. Everything was fine.”

When then questioned about the five shows that were turned down and the suggested prospect of playing just three and disappointing hundreds of thousands of people, Brooks said: “Its not ok for me, I don’t agree that that’s the way to treat people.

“Anybody that knows us knows that we don’t do golden circle, we don’t elevate tickets or drop tickets because people with more money can afford better seats. It has always been the same price across the board.

“I don’t have a clue how we got here, all I know is that the powers who can fix it, are not here.

“I wish I knew where that came from. I wish I could tell you I saw it coming. Never did.

“It is a simple yes. Open it up for five nights, let everybody have fun, and then go to work on never letting it happen again if you want. Create you laws, create your guidelines, but don’t sell a show and get your hopes up that you are going to just cancel on them.”

Concert promoters Aiken are currently locked in talks with Dublin City Council and government officials, with speculation beginning to mount that the concerts could yet be salvaged.