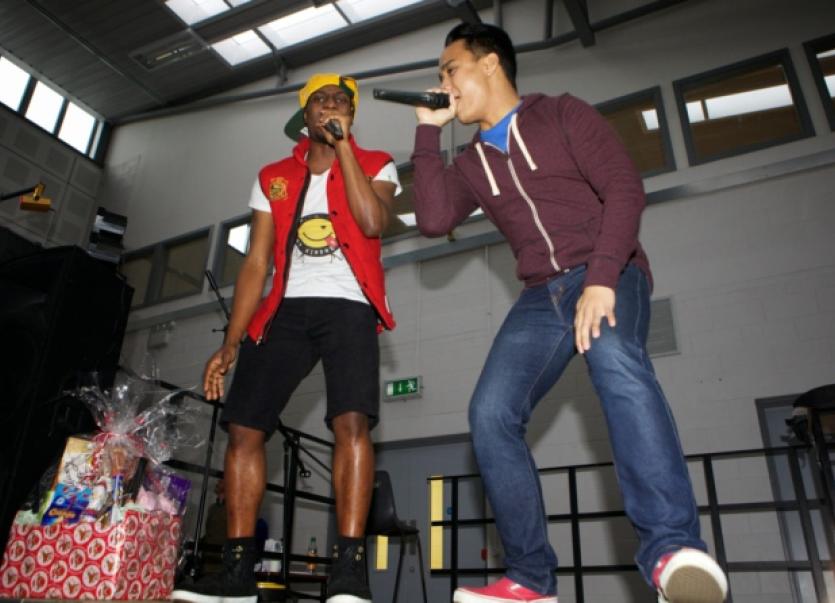 A GROUP of transition year students at Coláiste Ide agus Iosef in Abbeyfeale are preparing for an all Ireland challenge in a fortnight’s time.

A GROUP of transition year students at Coláiste Ide agus Iosef in Abbeyfeale are preparing for an all Ireland challenge in a fortnight’s time.

The 28-strong group has won its place in the finals of the Beo Ireland competition and they will be challenging for first place and a total prize fund of €9000 when they travel to Donegal on March 7.

The competition, explained teacher Ryan Kenneally, was established by Donegal VEC and has a number of aims: to promote the use of the Irish language, to showcase unsigned bands and to demonstrate and encourage social consciousness.

The Abbeyfeale students, Mr Kenneally revealed, picked the theme of multi-culturalism and they organised their pre-Christmas concert around this theme.

The concert, which was attended by the school’s almost 700 students and staff, was a day-time affair which also included a talent competition. But the headline act was the Shannon-based group Random Acts of Kindness.

But the work of the TY students didn’t stop there. To be eligible for the competition they had to produce a seven-minute video, showing how they organised and how they promoted their theme of multi-culturalism of the concert and it was on the strength of this video they won their place in the final.

Now, with a little over two weeks to go to that final, the students must prepare a 10-minute presentation and get ready to face the judges’ panel in a 20 minute question and answer session. The judges are from 2FM, TV3, TG4 and Hot Press magazine.

“The students are delighted,” Mr Kenneally said this week.

“They didn’t expect to get this far. It is the first time we have entered it but we will do it again.”

One of the big benefits of the competition, Mr Kenneally explained, was in drawing out various talents in students, not necessarily academic talents.

“It was a valuable experience. There were six people driving it but everybody had a job,” he said, adding that students had learned a lot and now had a better understanding of what multi-culturalism means.