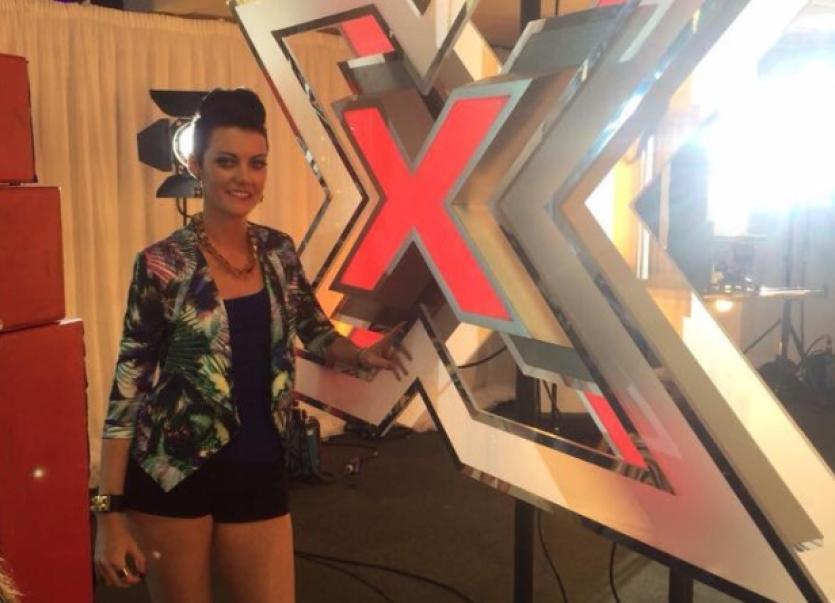 A LIMERICK singer is hoping her audition will feature on the X Factor in the coming weeks.

A LIMERICK singer is hoping her audition will feature on the X Factor in the coming weeks.

Rachel Prior, who lives in the city centre, journeyed over to Manchester back in July to face judges Simon Cowell, Cheryl Fernandez-Versini, Nick Grimshaw and Rita Ora in the hit show, which broadcasts on TV3 here.

She performed ‘Masterpiece’ by her idol Jessie J, but with her own rap included in it.

Sadly she did not get past the judges’ auditions stage.

But on Saturday night last, Rachel was inundated with messages after she fleetingly featured on the X Factor backstage while another contestant was performing.

Now she is keeping her eyes peeled to see if her audition will make it to screen.

“I want to be a performer and singer. I want it to be my job. I am at home on stage,” she said.

Rachel performed to a crowd of more than 5,000 people at Manchester’s Event City Arena.

Asked how it felt to be performing to such a huge audience, she said: “It did not phase me at all. For me, the bigger the crowd, the better. I feed off the energy.”

While Rachel did not convince the judges to put her through to Boot Camp, she said they were all “really nice”, especially Cheryl, who complemented her on her “long legs”.

They also praised her image.

Although upset she did not get through, Rachel is already planning to enter the X Factor again next year.

“Some of the comments I have had have been overwhelming. You would never give up, but when you get that kind of rejection, you wonder ‘is it for me?, and ‘should I be doing this?’. But then you just get up and do it again,” she said.

And the singer was back on stage in Limerick less than a week later doing what she loves the most.