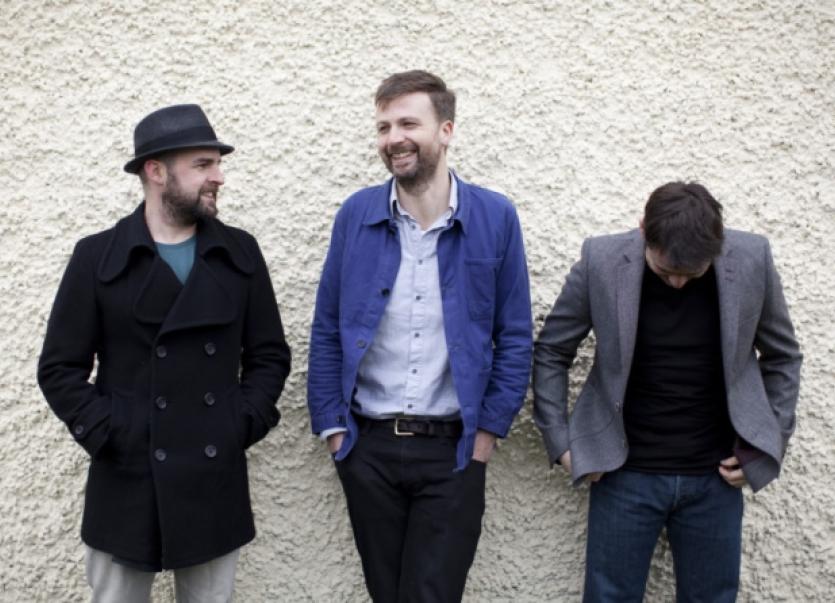 BELL X1 are to play in Limerick’s Lime Tree Theatre in October as part of an Irish acoustic tour.

BELL X1 are to play in Limerick’s Lime Tree Theatre in October as part of an Irish acoustic tour.

The trio - Dave Geraghty, Paul Noonan and Dominic Phillips - will return to Limerick for a stripped back show on Saturday, October 24 in the Lime Tree, their first time playing the 510-seater venue.

The special acoustic tour will encompass 17 dates in venues around Ireland and comes after the band play support to Ed Sheeran in Croke Park this July.

Bell X1 have been busy in the studio recording their seventh album, the follow-up to 2013’s much acclaimed Chop Chop, which was their third Number 1 and fourth consecutive album to be nominated for a Choice prize.

The acoustic shows will feature new songs along with favourites from their much-loved back catalogue and is a method favoured by the band to debut new material, showing off a different, more intimate side.

They have played gigs in LIT’s Millennium Theatre as well as Dolan’s since first debuting the acoustic shows in 2008. The tour also includes a date in Glor Theatre in Ennis on October 30.

Speaking to the Limerick Leader recently, Dave Geraghty said of the new album that the band were inclined to “break the mould or the formula you have used before”.

“I think every time it is about - we kind of instinctively have broken the mould and moved away from what we have done before.”

The Bell X1 multi-instrumentalist indicated that the as yet untitled album should be released in early 2016.

“The way these things go - we kind of need to disappear for a little while. That batch of songs we are working on and then by the summer time have the album in the bag and hand it over to the manager and let him do the whole pre-roll to a January 2016 release. That’s the plan as of now,” said Dave late last year.

Tickets for the tour go on sale this Friday.