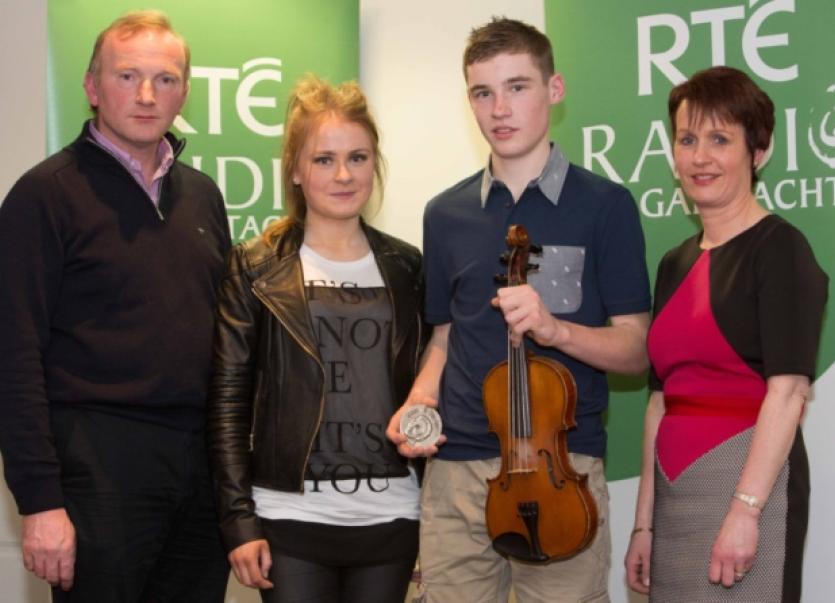 THE musical tradition of Sliabh Luachra has sunk deep roots in a new generation, among them fiddler Darragh Curtin from Brosna in Kerry who is a student at Mary Immaculate College.

THE musical tradition of Sliabh Luachra has sunk deep roots in a new generation, among them fiddler Darragh Curtin from Brosna in Kerry who is a student at Mary Immaculate College.

Darragh has just been awarded the Seán Ó Riada Gold Medal for 2014, playing his way to victory in Cork last Friday where the final was broadcast live on RTÉ Raidió na Gaeltachta.

But Darragh, who is just 18, is no stranger to serious competitions. Since he began playing the fiddle at the age of 10, he has clocked up numerous All-Ireland awards including the senior fiddle competition at the Oireachtas Fesitval in 2013.

And last autumn, he was named as the senior Fiddler of Dooney.

“In any big competition you would always be happy to win,” he told the Limerick Leader this week.

But in taking the gold medal, he had stiff competition, including five fiddlers from the USA.

And he was faced too with a very discerning panel of judges: Seán Keane of The Chieftains, Donegal fiddler Ciarán Ó Maonaigh from the group Fidil and Cork’s own Connie O’Connell.

Darragh played two reels, a slide and an air to secure the prize, which comes with a €2000 purse.

The Brosna student, however, learned at the feet of one of Sliabh Luachra’s masters, the late, great Con Curtin.

“He would have been very encouraging,” Darragh recalled this week. “I played with him for about two years. It meant a lot. He was a great character. And you look up to the older people.”

His plan now is to finish his degree in Irish and Media and hopefully, get a job teaching. And he will of course continue playing, but not as a livelihood. “I prefer to play for pleasure rather than the money,” he says.

But you can hear him, playing along with his siblings and friends, any Wednesday night in Charlie Malone’s pub in Limerick city.