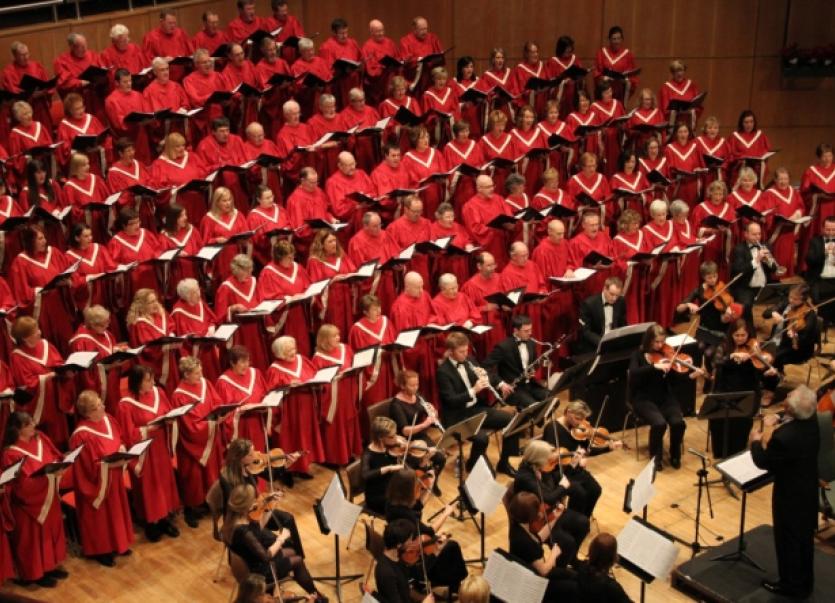 LIMERICK Choral Union will celebrate 50 years singing by staging one of the largest national choral performances of the year this weekend.

LIMERICK Choral Union will celebrate 50 years singing by staging one of the largest national choral performances of the year this weekend.

The 116-strong choir and accompanying symphony orchestra - under the baton of conducter Malcolm Green - will host Galway Choral Association, choirs from Villiers and Scoil Ide and invited soloists for a special concert this Sunday in the UCH.

The choral union, founded in 1964, have marked their 50th year with a number of events, including a gala ball and concert in April that featured a specially commissioned piece called spirestone, and will bring 2014 to a close “with a bang” by singing Carl Orff’s Carmina Burana and Poulenc’s Gloria.

“We will have close to 250 voices on stage and there is another 52 in the orchestra, so more than 300 on stage,” said Lorraine MacMahon of the LCU.

“It must be one of the biggest choral performances in the country this year, I reckon it is, I can’t remember any other choral events being as big as this. It is not that often you get that many voices on one stage.”

Joining the choir are soprano Franzita Whelan, baritone Gyula Nagy and tenor Derek Moloney, from Limerick and who Lorraine says is donating his fee to the Simon Community.

“We have a fantastic line-up, they fit in very well with us, they know what is coming,” said Lorraine.

“We have the Galway Choral Assocation coming down to perform, and they were there last weekend with the two schools so we had everyone performing together for the first time and it sounds fantastic.”

The choral union, ever progressive and forward looking, already have ambitious plans for their spring concert next year.

“It is a nice way to end the year, with this big event. We are looking forward hopefully to performing Verdi’s Requiem in the spring, which is something that a lot of choirs don’t undertake, so hopefully there will be a few surprises for that.”