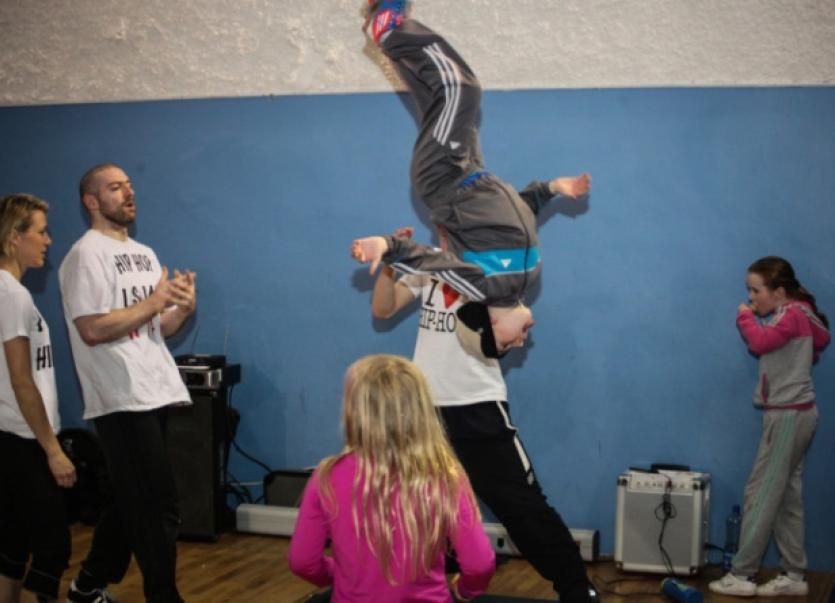 RTÉ’s Voice of Ireland star, rapper Jamie Hartigan - aka Little J - took time out of his busy recording schedule to perform his new material and to offer advice to the many young fans he has garnered following his success on the show.

Nine-year-old Westender Kate Roche said: “I was so nervous before I danced. It was great to see so many of my family and friends here. The hall was packed. Little J was my favourite part. He’s serious.”

Barry Burke - aka Bazzie B - along with leading the Limrockers Cru is also an organiser of Limerick’s successful Make A Move festival.

Over the last six months both he and UHL Paediatric Neurologist Dr Elizabeth O’Mahony have introduced youths to Hip-Hop at the centre.

The West End Youth Centre is situated at Greenfields Cross on the Childers Road. Dance classes teaching all styles of Hip-Hop - including b-boying, popping, locking and house - are run every Monday from 4.30pm and for younger dancers The Westenders meet Wednesday’s at 3pm.

Barry and Elizabeth have a hectic schedule this year as they as prepare for Hip Hop for Hope next Thursday March 6 at Marco Polo restaurant and later in the year the Make A Move festival and Special Olympics.