Could it be magic for Limerick bride Patricia? 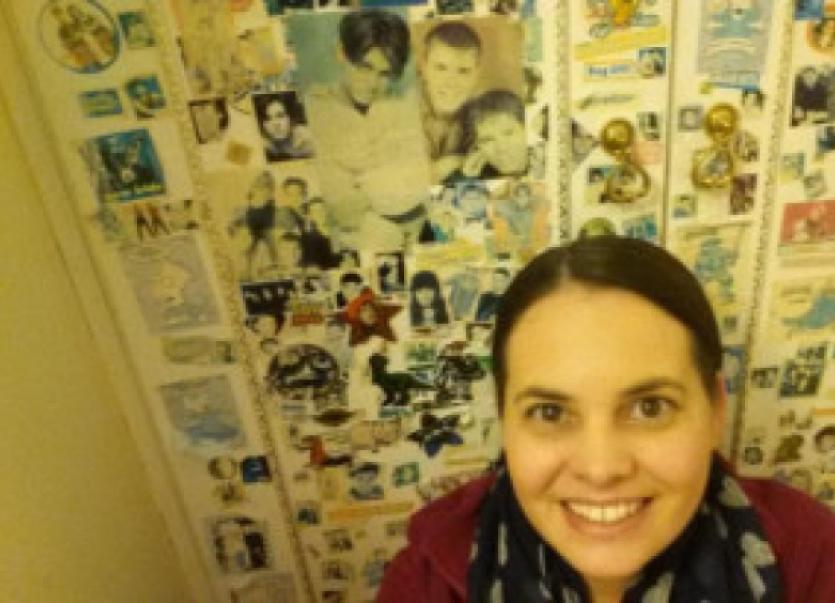 SHE may have a lifesize cardboard cutout of her music idol but Patricia O’Shea is hoping that the real thing will be singing at her wedding this year.

SHE may have a lifesize cardboard cutout of her music idol but Patricia O’Shea is hoping that the real thing will be singing at her wedding this year.

The pharmacy technician, who works in Corbally Pharmacy, has been a die-hard Take That fan since her teenage years but she needs to “have a little patience” to see if her online media campaign will succeed in getting the band’s frontman, Gary Barlow, to perform “a million love songs” at her nuptials in August.

Over the weekend, the songwriter sent out a series of tweets from his Twitter account – which has 3.8 million followers – declaring that he wants to sing at three weddings in 2015.

“The only deal is they have to be huge fans,” he stated, adding “all you have to do is stalk me on here”.

Patricia, who still has a scrapbook from her teens in which she penned little details about Gary, including where he was born and his favourite food, is hoping that her online campaign will be enough to seal the deal.

Throughout the week, the mother-of-one, along with her family and friends in Limerick and around the world, have been consistently tweeting the singer about her love and admiration for him. Each tweet includes Patricia’s handle @patriciaoshea78 accompanied by the hashtag #garytoplayatpatriciaswedding.

She has attached pictures of herself with her Take That posters, teddies and even a ticket from the first time she saw Take That in the Point Depot as it was known then - now the 3Arena - on Friday, November 19, 1993 when it cost just £16 to see the heart throbs in the flesh. Patricia has paid considerably more to see her music icon in concert later this year. “It’s mad, I won’t even tell you how much I paid for the tickets,” she laughed before revealing that she parted with €238 for two tickets. “I just pressed the button and didn’t look.”

The Sir Harry’s Mall native, who now lives in Newport, has even kept the return bus ticket from the trip in 1993.

“I also still have all my VHS cassette tapes of Take That. I remember when I would be taping material back in the day I would write down on the sticker ‘Gary on Live & Kicking’. It’s bringing me back – I’m showing my age now,” she smiled. “People can’t believe that I have kept everything.”

A wardrobe in her old bedroom at home is covered with pictures and stickers of Gary and Take That. “My mother never took them off. I wouldn’t let her,” she joked.

Stalking the star online however, she said, is harder and more time consuming than it sounds.

“It’s difficult because not everyone is on Twitter - a lot of my friends are on Facebook. I have people in Australia tweeting while we are in bed and one of my bridesmaids in America is tweeting as well. It’s a long shot but God loves a trier.”

And it’s not just Patricia who loves music.

Her fiance Richard Lowe who is originally from Tralee is a DJ. The couple are getting married on August 8 at the Castle Oaks House Hotel in Castleconnell. Richard proposed while the couple were on a weekend away together in Glasgow.

Patricia’s “music mad” son Ronan,6, is also in on the act to get Gary to Limerick - posing on photos with Take That memorabilia which have been tweeted to the star.

But if he doesn’t make the wedding, Patricia still has her lifesize cardboard cut-out. “My parents cleared out the attic and I was panicking thinking they were after throwing it out. It’s a bit mangled but I have ordered a new up-to-date version from Amazon which should be arriving anytime soon,” she smiled.