Mystery in the title, not the music for Flynn’s D.F.F. project 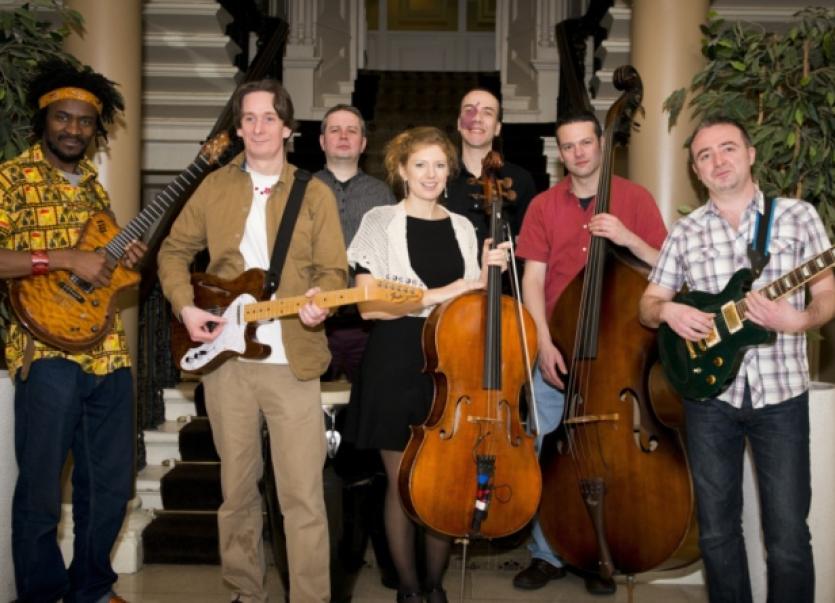 DAVE Flynn has put together an Irish supergroup of sorts to record an album long in gestation. Just don’t ask him about the name!

DAVE Flynn has put together an Irish supergroup of sorts to record an album long in gestation. Just don’t ask him about the name!

Together they have produced debut album Pouric Songs, one bursting with influences, including African-tinged chamber pop songs and vocal harmonies - and are now heading out on tour, playing their first live gigs together, including one in 69 O’Connell Street next week.

There is a feeling that, like the album - bursting with originality and a feeling that it could zip off in any direction, so too might the live performances to back it up.

“Yeah, exactly right, especially with Niwel, when he takes off with his guitar, there will be no stopping him,” laughs Dave.

“A couple of the tracks, his guitar dominates in the live context, so we let him do his thing, and when he is ready to stop, we stop.

“We are trying to be as faithful to the album as we can, but anything like this, with a big, layered kind of album, there is only so much you can do to recreate it. And you have to be flexible in the live situation. We do have an extra musician in to cover different parts - Michelle Owens - and she is also the support act on the tour. She is covering all sorts of things.”

Flynn’s project from the beginning, he enlisted lyricist Pádraic O’Beirn and the musicians and recorded in two of the best studios in the world Peter Gabriel’s Real World Studios and Grouse Lodge in Westmeath, which was used by Michael Jackson not long before his death.

While the album pulsates, the whole project is “deliberately ambiguous” - his description.

He is expecting a question about D.F.F. and what it stands for, and is “not sick” of hearing it.

“I am expecting it, but other people are probably sick of my answer,” he laughs.

“I am not going to tell anyone! It is an ambiguous thing - it might have had some meaning when I thought of it, but  not now.

“People have been asking us what genre it is, and that is ambiguous too. It is up to others to come up with that - people have been calling it world music, it is not really.

“Basically the answer is that it is just music, an albums of songs that if you like it, you like it, and if you don’t, you don’t!”

We like it and we think you will too.