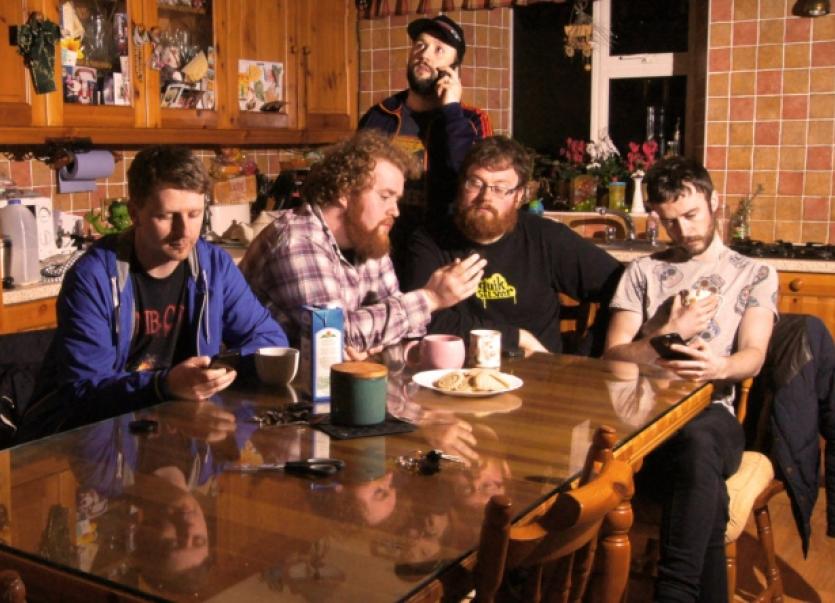 LIMERICK band Windings have released a new single that is not only indicative of a new sound for the band, but one taking them in a new direction and away from the standard album route.

LIMERICK band Windings have released a new single that is not only indicative of a new sound for the band, but one taking them in a new direction and away from the standard album route.

Windings’ frontman Steve Ryan says effervescent new single Neverwood is “different to what has come before it”.

The Limerick band selected the song as a split single, double A-side release with Dublin band Land Lovers’, ahead of an innovative shared album between both bands, due on February 28.

“It gives an idea of where we could be going next,” says Steve of the three minute surge of power-pop, the first recording since the release of Choice nominated album I Am Not The Crow in 2012 and the first recorded since Garry Carroll replaced Liam Marley in the band.

“We felt it was the most representative of the Windings sound at this particular moment, everybody is in virtuosity on it,” adds Steve.

“This recording and this release is the first we have done since 2012, and is the first with Garry and this current Windings line-up, the first since the release of the album. We have been touring for over a year and a half but haven’t recorded anything.”

The match-up also marks the first link-up between Out On A Limb and Popical Island, two of Ireland’s foremost indie labels.

“It is a bit different, that’s the idea,” says Steve.

“We weren’t into the idea of releasing another album just yet, maybe we won’t for a while, I don’t know if albums are as important as they were.

“We played with Land Lovers last year and were saying that we were in no rush to get an album out, but wanted to release something and don’t really like EPs, and they said they were in the same boat, so the idea of a split album came up.

The forthcoming recording will feature about 20 minutes shared between each band, and all material from Windings, who Steve says “always have something on the boil”.

“This is all new stuff. We could have waited and put these songs on album, but we are already playing these songs live, and while many people might not have heard them, let’s get them down and out there,” he explains.

Windings and Land Lovers will play in Dolan’s on March 7 to support the album’s release.