Munster ring the changes for Gloucester clash at Thomond Park 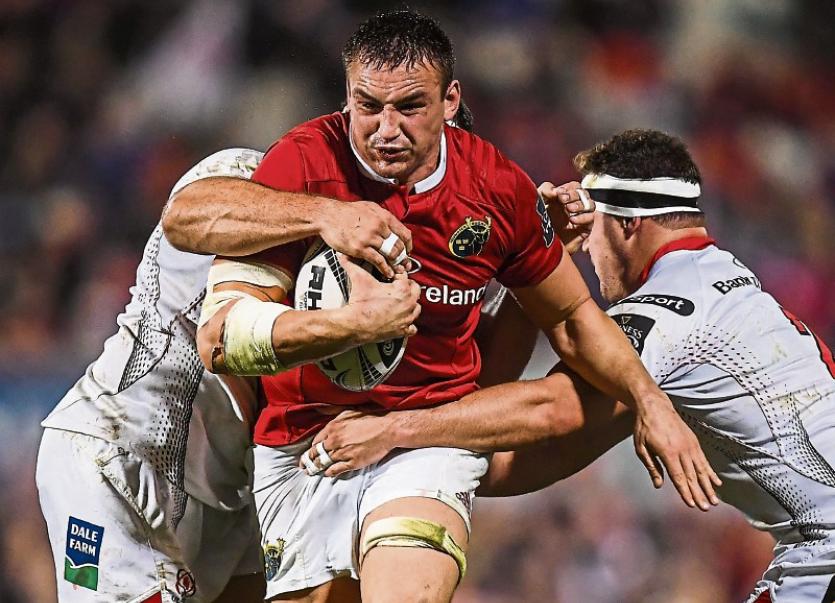 MUNSTER head coach Johann van Graan has made four changes in the Munster team for this weekend’s Heineken Champions Cup clash against Gloucester at Thomond Park .

An all-new front row has been named with James Cronin, Rhys Marshall and John Ryan coming into the side.

The second row pairing of Jean Kleyn and Tadhg Beirne is unchanged from last week’s group opener against Exeter at Sandy Park.

The final change to the team sees Tommy O’Donnell join captain Peter O’Mahony and CJ Stander in the back row.

The backline remains the same as last weekend with a back three of Mike Haley, Andrew Conway and Darren Sweetnam.

Rory Scannell and Dan Goggin form the centre partnership with Duncan Williams and Joey Carbery in the half-backs.

Kevin O’Byrne, Arno Botha and Alby Mathewson join the replacements with Mathewson returning from a knee injury sustained against Leinster earlier this month.

Munster captain @PeterOM6 leads the side once again tomorrow as we host Gloucester at Thomond Park in the Champions Cup.

Meanwhile, the province has announced that In support of its nominated charity for the season, The Irish Cancer Society, the matchday squad will wear pink t-shirts during the warm-up for Breast Cancer Awareness Month.

With over 22,000 tickets already sold for the game, the Ticket Office at Thomond Park will remain open until 7pm on Friday night and will be open from 9am on matchday.

Kick-off is at 1pm, with the match being televised by Virgin Media One, Channel 4 and BT Sport.