Where the Munster players stand in their current contracts 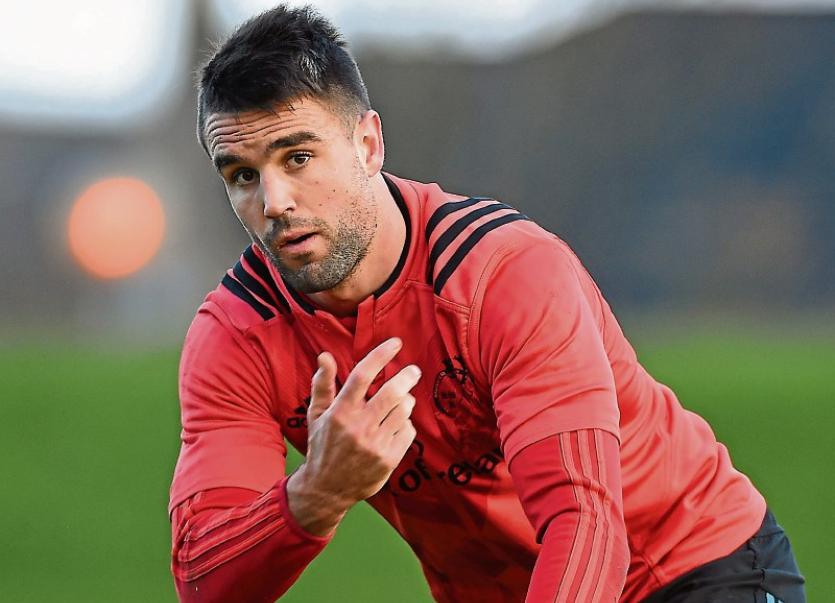 Munster Rugby have always attracted massive interest and attention. Most of the time they were going well and the coverage reflected that. Now things aren’t so positive but the media focus hasn’t weakened, even if the tone of it is understandably more negative.

As they face into their final game of this season’s European Champions Cup - away to Treviso next Sunday - and then the remainder of the Guinness Pro12 season, we take a look at the current squad and where they all stand in their contracts.

Tommy O’Donnell and James Cronin are the two players that can look well ahead as both recently signed three-year contracts that will keep them with Munster until the end of the 2018-2019 season.

Cronin signed last week, after initially being linked with a move to the Aviva Premiership. O’Donnell is also highly-rated by Munster and, after recovering from a serious hip injury that ruled him out of last year’s World Cup, signed a three-year deal a couple of weeks back

Munster have a good cohort of players signed up until the end of the 2018 season. Stephen Archer penned a three-year deal midway through last season but has been cursed by injury since and hasn’t played at all in this campaign.

Peter O’Mahony - one of just four Munster players on a central contract (Donnacha Ryan, Keith Earls and Conor Murray are the others) - signed for three years last year, as did rising star Jack O’Donoghue.

CJ Stander - who is now qualified to play for Ireland after joining Munster in 2012 as a Project Player - signed for another two years a couple of weeks back and Robin Copeland, Dave O’Callaghan and Mike Sherry have all since signed for a similar term.

Rory Scannell and David Johnston have been promoted from the Academy. They will be on a development contract for 2016-2017 and will move up to a full contract for 2017-2018.

Mark Chisholm and Francis Saili joined on two-year deals last summer as did Tomas O’Leary when he returned to the province from London Irish.

The injury-prone Tyler Bleyendaal also signed up to 2017 when he agreed to join the province at the end of 2014. Donnacha Ryan is now in the second year of his three-year IRFU contract.

Ian Keatley, Dave Foley, Duncan Williams, Ronan O’Mahony and Dave Kilcoyne all started their two-year deal at the start of this season.

Bohane moved to a full contract at the start of this season having been on a development contract last year. Niall Scannell is also in the first year of his full contract.

Those only committed until the end of this season are the most interesting - and there are a number of players yet to agree new deals. Some may not be offered one.

The three most high-profile ones are Conor Murray, Simon Zebo and Keith Earls. Murray is in the second year of his two-year IRFU deal and would undoubtedly attract attention from some of the big-spending clubs. He hinted strongly before Christmas that he wants to stay at Munster but, as of yet, nothing has been agreed. Earls is also on the IRFU books but that deal will expire at the end of this season. It’s hard to see him leaving Munster and CEO Garrett Fitzgerald said they are optimistic of signing him up again.

Zebo dropped strong hints before Christmas that suggested he was thinking of leaving - and he has been linked to French giants Toulouse. Speaking last week, though, Garrett Fitzgerald was also confident that Zebo would commit to the province - but again nothing has been signed.

BJ Botha will almost certainly be on the way out. He only signed a short-term deal to cover the World Cup but Stephen Archer’s ongoing injury problems meant Botha then extended that deal to the end of this season. But the South African damaged his cruciate ligament against Stade Francais in Paris and that injury will keep him out for the rest of the season. We’re unlikely to see him in a Munster jersey again.

Two of the other tight-head props in the squad - John Ryan and Uruguay’s Mario Sagario - are also only signed up until the end of this season.

Ryan is in the second year of a two-year deal while Sagario, who initially signed up on a three-month deal, has recently committed to the end of this season. Dolphin’s Peter McCabe can also play at tight-head and he signed a one-year development deal last year.

Gerhard van den Heever is also out of contract at the end of this season, while Argentinian Lucas Gonzalez Amorosino and Australian Sean Doyle signed three-month contracts at the end of October which are due to expire shortly.