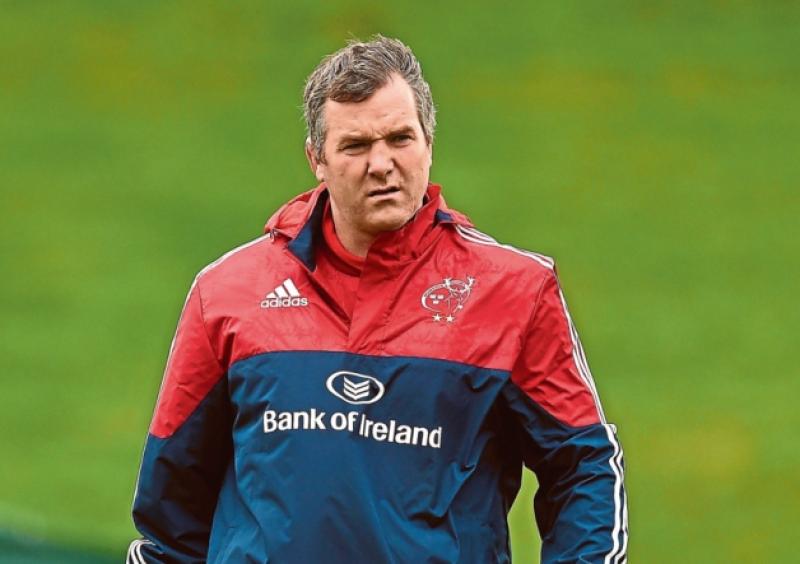 Struggling Munster limped out of the Champions Cup at the pool stages for the second successive season after suffering a 20-point thumping at the hands of French champions Stade Francais in Paris on Saturday night.

Afterwards a very disappointed Anthony Foley admitted: “We need to look within, we need to look deep down like we always do and try and come up with a solution.

“I thought there were a couple of opportunities there in the second half that we didn’t execute, didn’t play, didn’t score. For long periods of the game we were zero.

”It was the same problems again, it’s lack of control, losing the breakdown, an inability to score, putting ourselves under a lot of pressure and you end up conceding those sort of scores. It is very disappointing.

”Out there playing against 14 players, you know there is space and you try and avail of that space, try and keep pressure on them.

”We never managed to get that squeeze on them (Stade Francais) in the second half. That is good defence and good control out of them. Maybe at times it was poor discipline out of us.

”We need to turn up next week for our supporters in Thomond Park, put on a show, show what we are – it’s not so much about putting on a show – it’s about showing our character, showing who we are and who we represent.

Foley was frustrated by his side’s failure to make the most of the red-carding of Stade winger Josaia Raisuqe for an attempted eye gouge on team captain CJ Stander before half-time.

”Hands to the face, everyone knows you can’t do that, so I thought at that stage if we got in at 10-3 and got some momentum at the start of the second half, try and force pressure on them, but we never got the chance to force anything on them.”