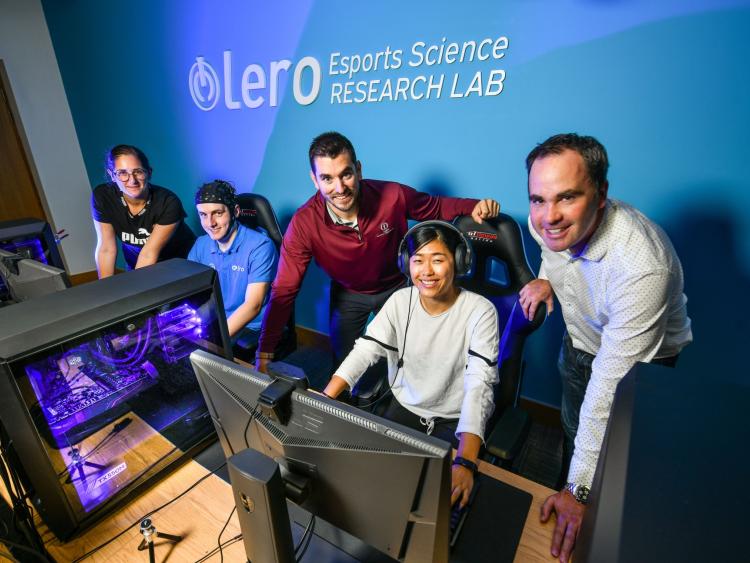 RESEARCHERS at Lero, the Science Foundation Ireland Research Centre for Software and University of Limerick, have found video that gamers can significantly improve their e-sport skills by training for just 10 minutes a day.

Dr Mark Campbell, director of the ESRL and senior lecturer in sports psychology at UL, said their work showed that neurostimulation could accelerate motor performance improvements specifically in novice esports participants and that this effect was confined to more complex sensory-motor actions.

“One of the original and most prominent e-sports over the past 20 years has been the first-person shooter game, Counter-Strike: Global Offensive. We asked participants to shoot and eliminate enemy targets as quickly and accurately as possible during their training sessions in the study,” added researcher Dr Adam Toth.

Participants wore a custom headset designed to deliver tDCS. However, some received no stimulation, others just a ‘sham’ treatment, while the remainder received a 20-minute exposure.

“Our study found that novice gamers who received tDCS over their motor cortex before training improved their performance on the specific task over five days, significantly more than novices who trained following no such stimulus,” explained Dr Campbell.

“The fact that tDCS exerted an influence on training performance specifically for targets requiring a larger controlled movement (left and right targets) corroborates the assertion that tDCS may be better able to accelerate performance improvements for complex motor movements rather than simple reactions,” Dr Toth added.

The Lero team, whose work has just been published in Computers in Human Behavior, a scholarly journal dedicated to examining the use of computers from a psychological perspective, believes their work could lead to benefits outside the world of e-sports.

Dr Campbell said that in light of the team’s findings, tDCS may be especially beneficial during the initial stages of task learning. “Stroke patients, for example, could benefit from tDCS at the start of their rehabilitation process when re-learning complex movements that were once automatic”, concluded Dr Campbell.

Professor Brian Fitzgerald, Director of Lero, stated: “Connected health and human performance is an area of enormous growth and software has a key role to play within that. At Lero, our research in this sector extends from using artificial intelligence to improve cancer detection to the principles of software as a medical device and it is an area in which we are continually expanding our capabilities and our industry partnerships”.