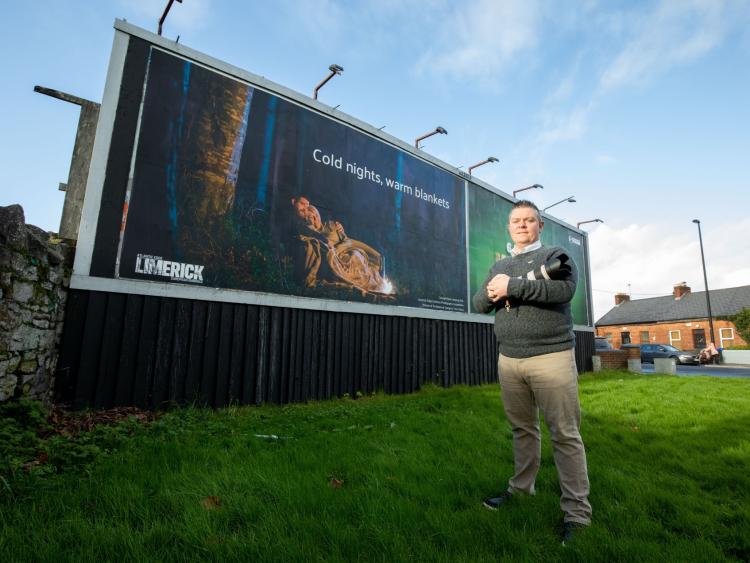 Tony Clancy in front of his winning photograph which has been posted at Mulgave Street | PICTURE: Alan Place

The winning image from the Limerick Edge Embrace photography competition is now up in lights following its installation on a billboard in one of Limerick’s prime advertising locations.

Tony Clancy’s image of Curraghchase Park captured the hearts of the judges and the voting public in the professional category of the Limerick Edge Embrace competition.

The prize is a month-long billboard campaign showcasing the winning entry.

Speaking as he saw the billboard for the first time, Tony said: "I’m shocked to see it to be honest. It’s brilliant to see it on the billboard. I never thought that when I entered the competition that it would win, so I’m over the moon.”

Tony explained the image, which was taken at Curraghchase Park came about as a result of Covid-19.

"My friends, who are the couple in the photograph, and I bought caravans as a result of the lockdown, so we could go camping as we all have kids. While out in Curraghchase I got the idea of a photograph of a couple around a campfire, so it just grew from that," he said. 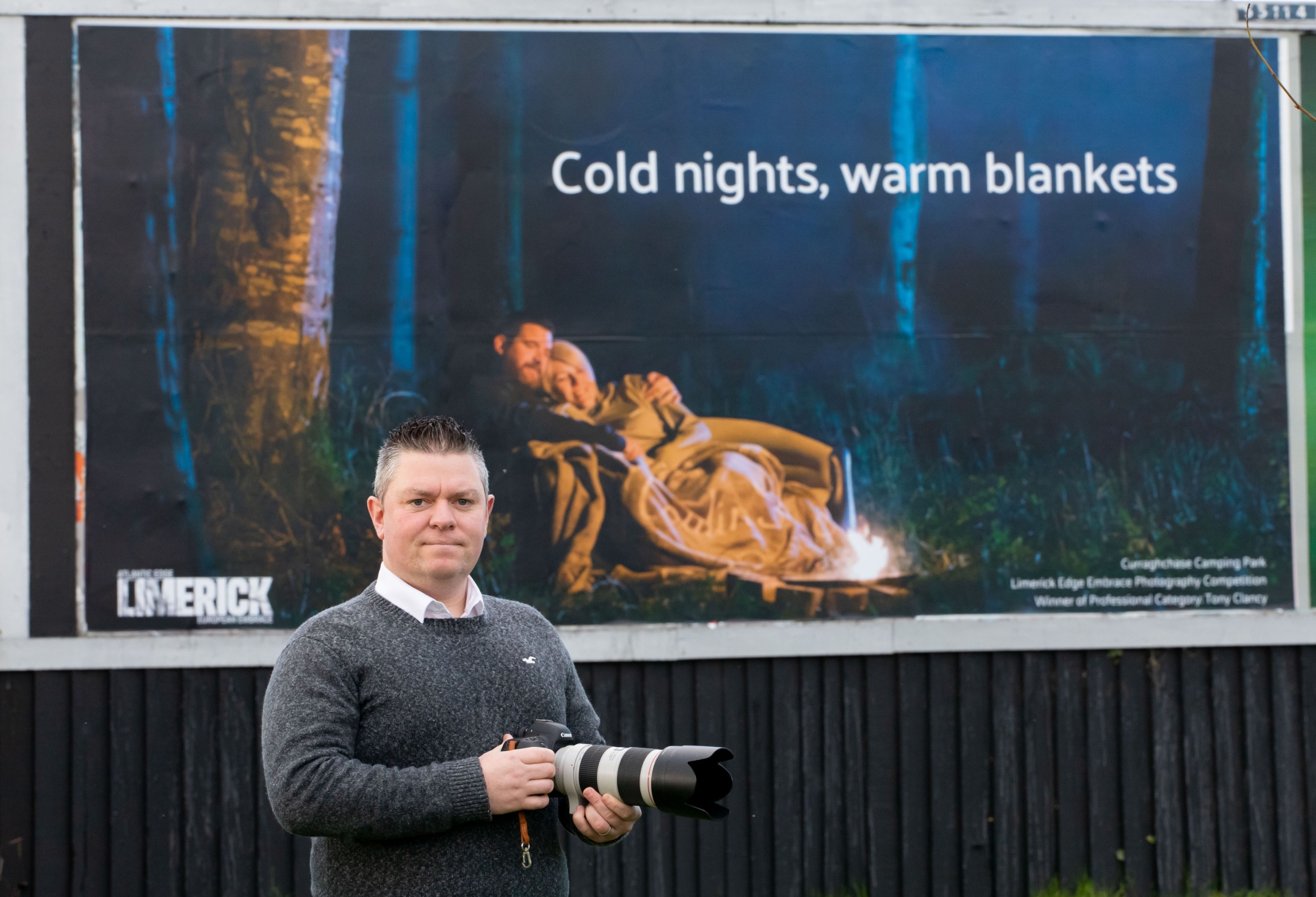 The 36-year-old, originally from the Dublin Road, said all his friends now are delighted with his win and especially now as the image is up on the billboard. “Once they heard the billboard was installed they have gone and taken selfies in front of it. It will be great to look at those pictures in years to come.”

Tony has been working as a wedding photographer for nearly seven years says entering the competition was something different for him.

"It was different creatively. Covid-19 has meant my wedding work has stopped, so I had time to enter the competition. Winning has been a great boost to me and as result I’m after securing two jobs, so it’s been great on so many fronts. It will also be a great marketing tool for me.”

Tony’s image will remain on the billboard on Mulgrave Street for two weeks, before it is posted on another billboard on the Dock Road for a further two weeks.

The prime sites close to the city centre on two of the major arteries into the city will ensure that Tony’s stunning photograph will be seen by thousands of people daily in both locations.

The competition ran over October and earlier this month to celebrate the new Limerick brand Limerick: Atlantic Edge, European Embrace.

Professional and amateur photographers had been invited to capture the beautiful contradictions of Limerick’s distinctive character.

A total of 376 entries were submitted with judges shortlisting seven in the professional category and 14 in the amateur category.

Tony’s amazing image ‘Embrace the Wilderness’ was the clear winner in the professional category while Natalia Sobiecka won the amateur competition and received a €1,000 voucher from Whelan Cameras.