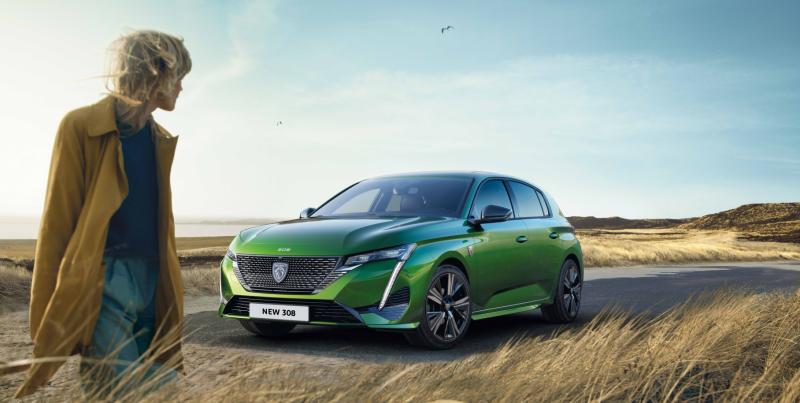 Peugeot has launched its new generation 308 hatchback. A wagon version will follow shortly

PEUGEOT say the new 308 continues the brand’s move upmarket and will gain conquest sales. It is chiefly aimed at the VW Golf.

Three engine options are a 1.2 130hp petrol, 1.5 diesel and PHEVs in two power outputs of 180bhp/225bhp. A fully electric version will arrive towards the end of next year, in line with the Stellantis Group driving towards full electrification across its ranges.

All 308s here (and in other RHD markets) are available only with Peugeot’s 8-speed automatic transmission and this new model is the first Peugeot production vehicle to have the new Lion shield logo.

With an assertive and powerful stance, the new car is longer than its predecessor and with a longer wheelbase which allows for really good space for adults in the rear as well as a good boot. The car also sits lower to the ground which gives it a very sleek profile.

Three grade options are Active, Allure and GT. The mid grade is expected to be the volume seller.

The 308 has sold over seven million units worldwide since first launched in 2007 winning many awards including Car of the Year in 2014.