Limerick men drive off with awards at Cork vintage run 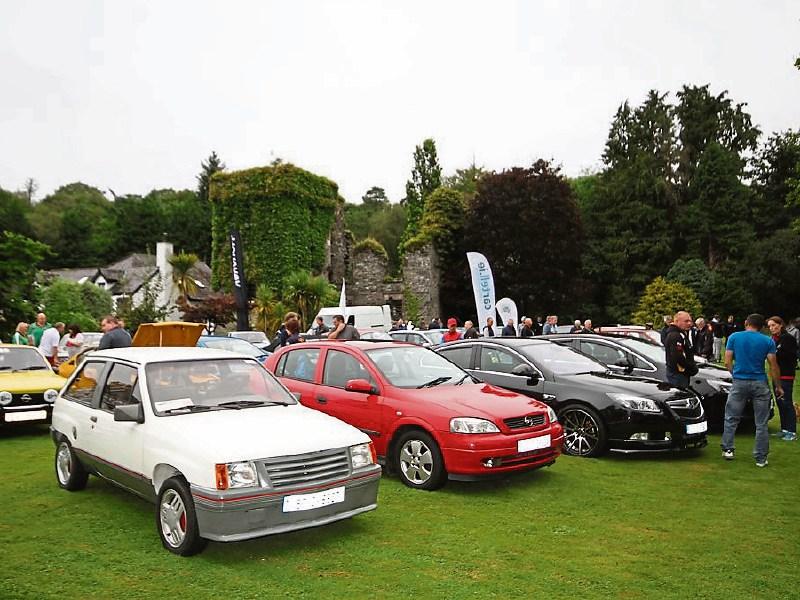 On a hazy Saturday morning the cars started to congregate at the Mills Inn, Ballyvourney, Co Cork for the fourteenth Ted's Opel Vauxhall Run.

The rain held off until the first award of the day was presented, the winner of the first Special Award chosen by a staff member of the Mills Inn went to Jim Ahern from Castleconnell, for his 1963 Vauxhall Victor FB.

It was Jim's first time joining the run. As the cars proceeded on to Kilgarvan, Borlin Valley the rain lightened but some fog remained to give a different view on the Valleys landscape.

After the lunch stop the Run continued through Glengarriff and up the Healy pass where the rain continued and gave an unusual view of waterfalls as backdrops throughout the ascent. At the stop at Helen's Bar in Kilmacalogue a Bridal party selected the Billy Coleman replica Opel Manta 400r of Joey O'Shea from Pallaskenry, for the third Special Award.

The Main awards were also presented at Helen's Bar. The Kevin O'Leary Cup for Best Opel was won by Raymond O'Connor from Churchtown, Co Cork for his 1983 Opel Kadett D.

The Cartell.ie Cup for Best Vauxhall was won by Patrick Sheehan, Midleton. The Rentokil Cup for Best Modified was won by John Twomey Ballinhassig, Co. Cork for his 1979 Vauxhall Chevette. The Perpetual Shield was won by David O'Hanlon from Tralee, with his 1973 Opel Ascona A. The "Spirit of the Run" Award was presented to Paul (Rally) Hally from Clonmel for his assistance on the run over the past years. The Jackie Small Memorial Award was presented by Group Motors Rallying to William Mangan from Miltown, Co Kerry for his Opel Kadett Coupe. The Opel Ireland sponsored trophy for Best Overall Car of the Run was won by Padraig and John McCarthy Macroom, for their 1980 Bedford Chevanne.

After the return journey through Kenmare and over the Top of Coom to the Mills Inn, the proprietor picked the car for the final Special Award, the 1972 Opel Manta A of John Keating from Ballincurra, Co Cork was the winner.

Overall it was a thoroughly enjoyable day despite the rain and fog at times. A presentation will be made to the Dogs for the Disabled in the near future. The motor enthusiast are looking ahead to next year already so mark August 13, 2022 in your diary.