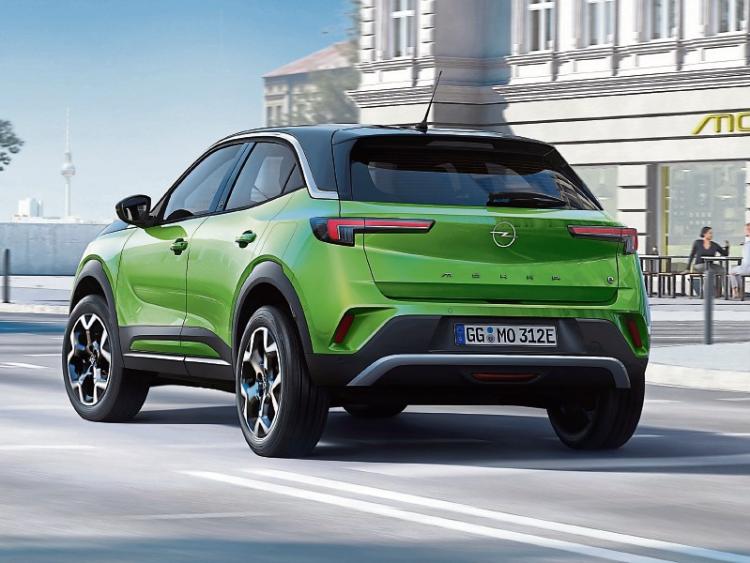 First pictures of Opel’s new Mokka crossover which is due here in Ireland early next year have just been released.

The new Mokka will be available from launch with an all-electric powertrain as well as petrol and diesel engine options. The electric Mokka delivers 136hp and 260 Nm of torque and will be rated at a 322km range (WLTP). The battery is covered by an eight-year warranty.

The car features the brand’s new front design language named the ‘Opel ‘Vizor’, and will also have a new ‘digital cockpit’ interior.

The new car has a marginally longer wheelbase than the outgoing model, has short overhangs and wide stance, a plenty of cabin room for five people and a similar loading space of up to 350 litres in its luggage compartment. It is also 120kg lighter.

A 100kW DC fast-charger replenishes 80pc of the battery in only 30 mins.

Opel claim it to be a head-turner, destined to change the perception of the brand. It is the first Opel that is electric right from its market start.

Orders will be possible from late summer this year with first units in Dealer showrooms in early 2021. No prices yet.