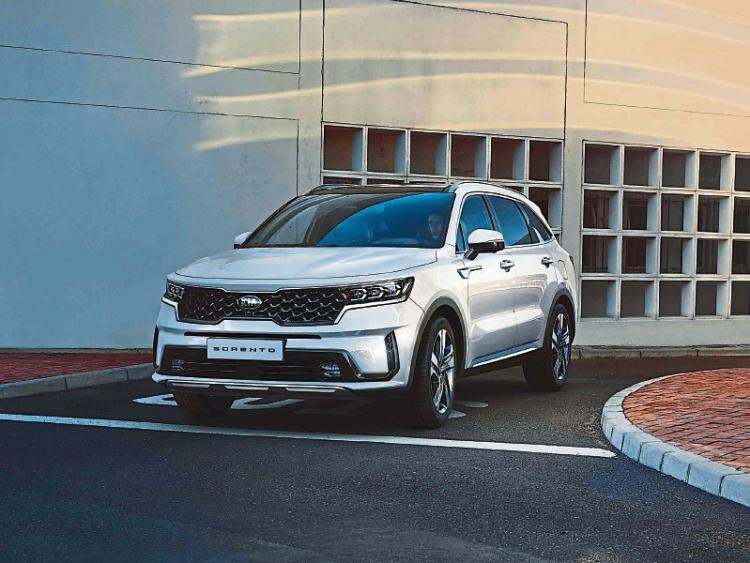 Kia has revealed its new generation Sorento SUV which will go on sale in European markets in the autumn. Sorento has been electrified for the first time with efficient new hybrid powertrains.

First to arrive here will be the Diesel power plant.

Kia say the car ‘is designed and engineered to take on everything life throws at it’ and that it raises standards in the midsize SUV class for space, efficiency and quality.

This fourth generation of Kia’s flagship SUV comes with sharper lines and with a high quality, high-tech cabin.

The model is hugely important for Kia and represents the first use of electrified power in their flagship SUV. It is the first time that hybrid power has featured in the Sorento line-up.

It is the first vehicle to be based on Kia’s new-generation midsize SUV platform which provides superior space for people and cargo through more intelligent packaging so is one of the most versatile and spacious three-row SUVs on the road. The new platform also allows for more head-, leg- and shoulder-room than many rivals.

The battery pack is located under the floor of the cabin resulting in the SUV offering generous space for up to seven passengers as well as up to 821 litres (for seven-seat models) or 910 litres (for five-seat models), depending on the specification.

Kia describe New Sorento as their ‘most high tech’ car ever, with a wide range of connectivity, driver assistance and infotainment systems.

The company claims a ‘step-up change’ in quality of materials and design. The car has been designed for electrification and the powertrain options will include a 230hp hybrid. Power is sent through a six-speed automatic transmission. A plug-in hybrid will arrive later this year. The other engine will be a 202hp diesel with 440 Nm torque.

Over three million Sorento models have been sold worldwide since it was launched in 2002, with Europe accounting for around 300,000 of these.

New Sorento will be built for Europe and many other markets at Kia’s Hwasung manufacturing facility in Korea as well as in North America. It will be sold in Europe with Kia’s seven-year, 150,000kms warranty as standard.