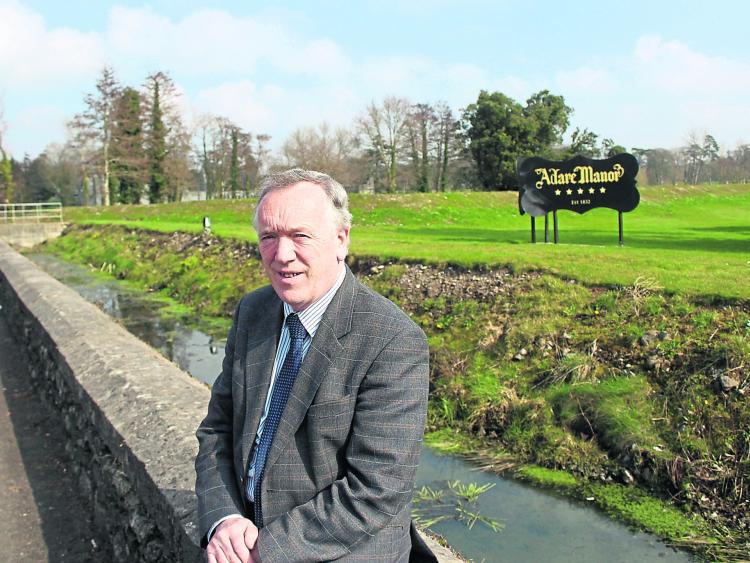 THE plans for  traffic-calming measures on the N20 at  Banogue will now have to be revisited following strenuous objections from Adare Rathkeale councillors.

The councillors at last week’s Municipal District meeting,  insisted that the plan could not be approved by them unless right-turning lanes were included.

Without such lanes, Cllr Stephen Keary said, people will be put at risk and taxpayers’ money wasted. There was, he argued, plenty of scope at the crossroads to widen the road and allow for right-turning lanes. And he cited the traffic calming system put in place at Croagh as the model to follow.

“When you have a formula that works, why not replicate it?” he asked, adding he was not prepared to sign off on a scheme he considered flawed.

Cllr Adam Teskey agreed. “The whole idea is to make it safer. There has to be a right-hand turning lane,” he said.

Former councillor Richard O’Donoghue, now Deputy O’Donoghue who attended the meeting,  pointed out that there was very heavy traffic in both directions on the N20 and that there were a lot of HGVs turning at the crossroads at Banogue. “Traffic will back up within two minutes,” he warned.

By including lanes, he argued, you are opening up the carriageway again. We have had a lot of consultation with TII. If you open it up, you are going to increase the average speed,” he said.

Turning lanes, he explained, were acceptable for junctions on open roads in rural settings. but the proposed plan was in an urban setting with lower speed limits. “We shouldn’t be looking at high speeds going through Banogue,” he said.

Besides, he pointed out, the staggered nature of the  junction at the crossroads wasn’t right for turning lanes.

“I understand the benefits. But there are pros and cons. The TII see the cons more than the pros,” he said. “We can go back and revisit it with TII.

“If we put in a right turning lane, we have to start Part 8 again. It is a material change and we wouldn’t be constructing this year,” Mr Carey said.

But Cllr Teskey  lashed out at “pen-pushers” in Dublin “telling us how to operate in West LImerick”. There was, he declared a “massive disconnect between them and us”. He was also incensed that time-constraints was putting additional pressure on councillors to agree.

The traffic calming measures involve a 410m stretch of the N20, covered by a 60km an hour speed limit. The plan includes gateway signage, a controlled pedestrian crossing, as well as a set-down area, footpaths, kerbing and lighting. The council originally hoped to seek tenders in May and begin work in the summer.

Mr Carey said it would be possible to include Cllr Keary’s proposal to include good quality bus shelters in the set-down area.  A Road Safety Audit would now be carried out, he added.