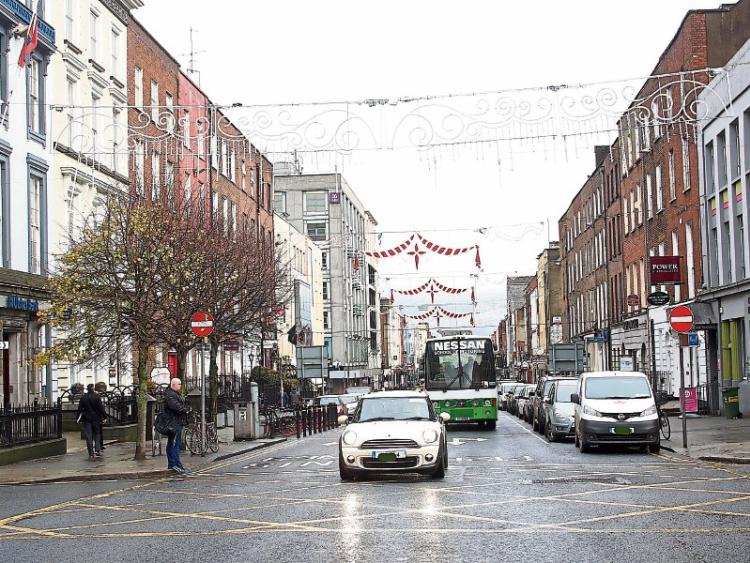 THERE will be no free on-street parking this Christmas after Limerick City and County Council bosses axed the initiative.

Up until last year, the local authority offered parking for certain periods of the day in December, in an effort to attract more shoppers into the city.

However, with this year’s festive plans in the final stages of preparation, Kieran Lehane, the Council’s manager in the metropolitan area confirmed free parking is off the table.

“There will be no offer on street,” he said.

“We are looking at 'park-and-stride' initiatives instead. The streets are full. Look out your office in the morning and you will see the streets are packed. We have been criticised in the past because people come in to work for the day, and stay in the same spot for the day.”

The Council’s move has been criticised by Catherine Street businessman Donal O’Connell of Mike O’Connell menswear.

“I think it’s disgraceful. There should be free parking from 10am onwards in the month of December. All the retailers pay high rates. Everyone chips in but the council gives very little back. December is a very important time for us in retail, and it feels like they’re driving people out of the city into the likes of the shopping centres.”

Mr O’Connell added: “They want to park their car outside the shop, nip in to get what they need, and they’re back in the car. Nine times out of ten, the customer is gone in the hour.”

However, Independent councillor John Loftus, who represents the area of central business district, says he can understand the logic behind the move.

“There was no advantage from it anymore. There were just no empty spaces from early on. A lot of people who maybe work in offices did not park their car in the garages or the multi-storeys and used streets instead. That’s why I feel they are promoting park and ride, or park and stride initiatives instead,” Cllr Loftus said.

Fianna Fail councillor James Collins – a ratepayer himself – has criticised local authority bosses for not consulting members over the change.

He said: “It’s disappointing the council officials have taken a decision without consultation with its representatives. It’s a wrong decision, and certainly one which I would not have agreed with.

"The idea behind giving free on-street parking, be it in the morning or the afternoon was to support local traders, particularly in the city centre at their busiest time of the year. They’re under severe pressure from the out-of-town shopping centres, and also online shopping. We as a council had strived to support them.

"I’m not at all surprised city centre retailers are not happy with this, and I don’t blame them.”

It’s understood Limerick City and County Council is planning to introduce a park-and-ride facility at the Upper Carey’s Road in the run up to Christmas instead.