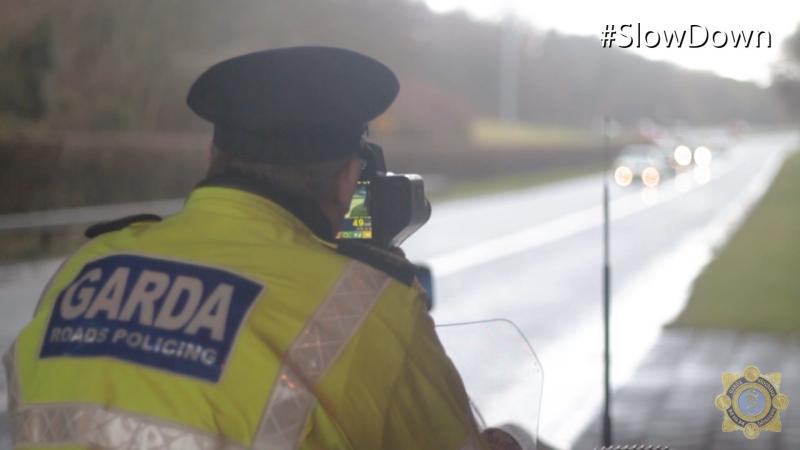 National Slow Down Day began at 7am

A SIGNIFICANT number of motorists were caught speeding at locations across Limerick during National Slow Down Day, gardai have revealed.

The aim of the 24-hour operation, which concluded at 7am this Friday, was to remind drivers of the dangers of speeding, to increase compliance with speed limits and act as a deterrent to driving at excessive or inappropriate speed.

Across the country, An Garda Síochána and GoSafe checked the speed of 192,333 vehicles and detected 419 vehicles travelling in excess of the applicable speed limit.

There was a particular focus on rural roads (80km/h) which, according to provisional figures, have accounted for 78% fatalities across the country so far this year.

Notable detections in Limerick during the operation included:

A vehicle travelling at 34km/h in a 100km/h zone on the N18 at Ballinacurra, Limerick

A vehicle travelling at 76km/h in a 60km/h zone on the N20 at Ballyfookeen, Bruree (Rourke's Cross)

A vehicle travelling at 63km/h in a 50km/h zone on the N69 at Ballyvareen, Kildimo

A vehicle travelling at 131km/h in a 120km/h zone on the M7 motorway at Newtown, Castletroy

A vehicle travelling at 66km/h in a 50km/h zone on the R527 at Ballysimon Road, Limerick

A vehicle travelling at 128km/h in a 100km/h zone on the N20 at Creggane, Charleville