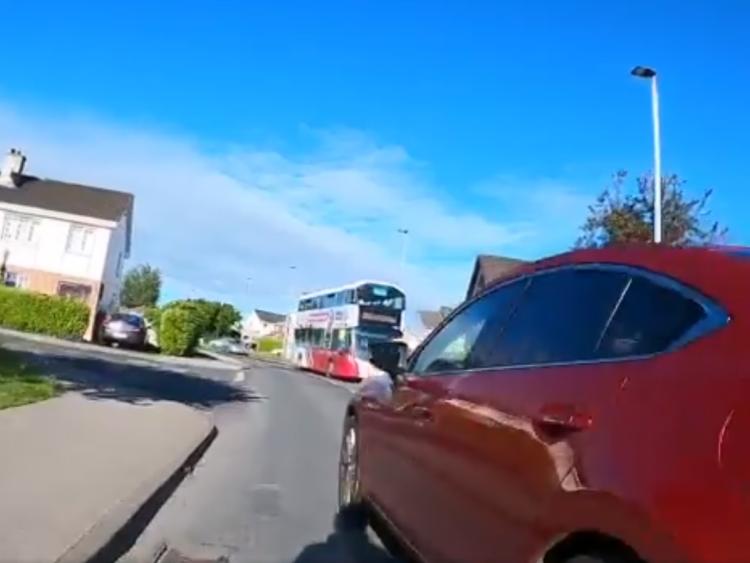 GARDAI have confirmed a complaint has been made by a cyclist who posted on social media that he was 'lucky' to avoid serious injury following an incident on the outskirts of the city earlier this week.

The cyclist posted a video of a car overtaking him as a double-decker bus, travelling in the opposite direction, was approaching.

The footage suggests the incident occurred close to a number of speed ramps.

"Had an incredibly close pass cycling to work today that I was very lucky didn’t end in a serious accident," wrote the cyclist on Twitter.

A garda spokesperson has confirmed to the Limerick Leader that a complaint was made via the TrafficWatch phone line and that arrangements are being made, by gardai at Roxboro Road, to take a formal statement from the cyclist.

The incident, he added, is alleged to have occurred at Mulcair Road, Raheen shortly after 8am on Tuesday.