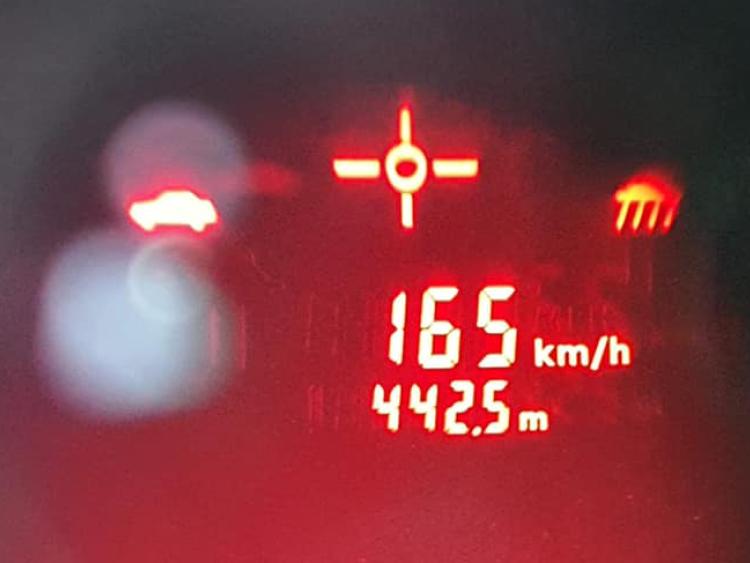 A motorist who was detected travelling significantly above the speed limit on a busy Limerick road has been issued with an €80 fine.

The incident, which has been highlighted on social media, occurred recently on the N21 Limerick to Tralee road.

According to gardai, a white Volkswagen Passat was stopped after it was observed by members of the divisional Roads Policing Unit travelling at 165km/h in a 100km/h zone.

While confirming that the driver was issued with a Fixed Charge Notice, gardai have not said where on the N21 the offence was detected.

If the fine is paid, the driver will also receive three penalty points on their licence.

A number of users of social media have described the speed involved as 'crazy' while others have criticised gardai for not initiating court proceedings.

"Only a fine and points for 65 over the limit. Should have torn up the drivers licence or brought to court," commented one individual.