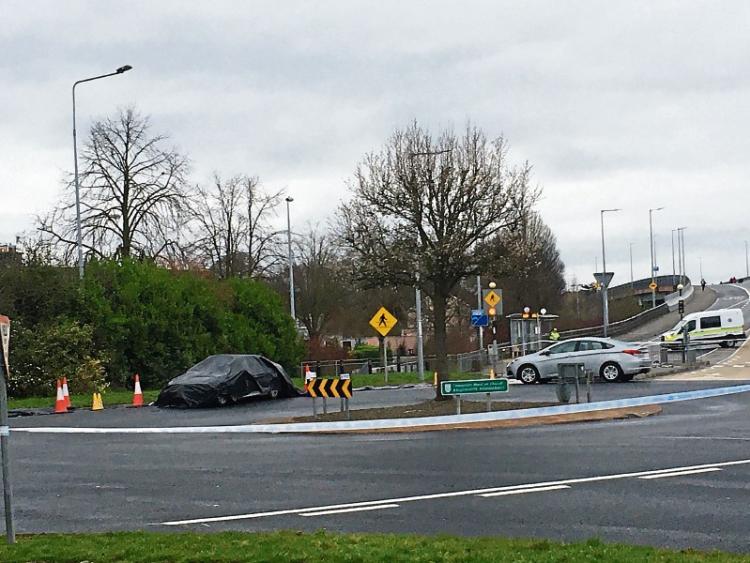 The scene of the collision at Ballinacurra Road

SEPARATE investigations are continuing after a young man was critically injured when he was struck by a car near the Crescent Shopping Centre in Dooradoyle.

The incident, involving a pedestrian and a car, occurred at Ballinacurra Road at around 11.20 on Monday night.

“The pedestrian, a man aged in his 20s, was on the pedestrian crossing when the collision took place. The man was removed to University Hospital Limerick where he remains in a critical condition,” said a garda spokesperson.

Several roads in the area, which had been closed for most of the day, have now re-opened and traffic is returning to normal.

Gardai have confirmed they are seeking to locate the driver of the car who fled the scene along with a second person who was also in the vehicle.

Investigators from the Garda Síochána Ombudsman Commission also attended the scene of the incident this Tuesday morning.

“A garda superintendent referred the matter to GSOC as there had been engagement between gardaí and the car a short time before the person was struck. The incident happened close to a roundabout at the Crescent Shopping Centre, approximately 5km from the city centre. The male who was on a scooter was struck by the car at a pedestrian crossing. GSOC investigators attended at the scene and the matter remains under examination,” said a spokesperson.

Gardaí at Roxboro Road are appealing for anyone who witnessed the collision or who was in the Ballinacurra or Childers Road areas between 11.15pm and 11.30pm on Tuesday to come forward.