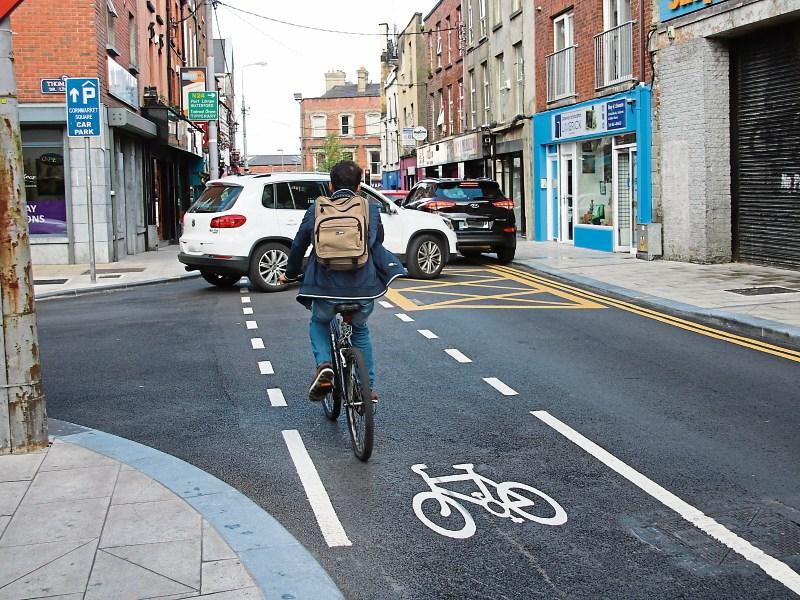 A PROMINENT Limerick cycle campaigner has criticised the local authority for the “haphazard” manner he feels it has approached delivery of bike lanes.

Conor Buckley, who chairs the Limerick Cycling Campaign, was speaking in the wake of the removal of flexi-bollards, or wands, from Wickham Street.

Just weeks after first erecting the dividers on the bike lane in the thoroughfare, council lifted them following concerns from retailers in that street.

Mr Buckley said it is “disappointing” to see the council’s approach to their delivery.

“It’s the haphazard approach for all cycle lane infrastructure. Things come from on top. They say they need to do it, but there is very little attention given to how they will do it, or how they will encourage people to cycle and make safe cycling spaces in Limerick. As a result of this approach, you end up driving a wedge between traders and those who want to see more safe cycling in the city. That's not what the discussion is. We are all on the same side, we are all looking for the same thing,” he said.

It is due to this, he argues, that unnecessary division is caused between traders and cyclists.

“For us, it's really tiring to see such negative discussion around cycling infrastructure,” he said, “Limerick got a massive windfall with a €10m budget for walking and cycling and now we are talking about wands being removed from a street. A solution needs to be found.”

“Businesses need loading bays, they need access to their premises. When you design a street, you look at the space, you look at the loading bays, and you design a solution. Parnell and Wickham Street are the same project. Both of them are dismally poor. Putting a cycle lane inside parked cars on Parnell Street hasn't worked. It's taken significant budget,” Mr Buckley added.

“A lot of budget is coming down the way for cycle lane infrastructure We need to change our approach to eliminate this conflict,” he concluded.

For its part, Limerick Council last week stated: “The decision to remove some of the recently installed wands on a section of Wickham Street was in response to trader concerns regarding access to their premises. The council is actively exploring further solutions that will meet the needs of the traders and cyclists in this area.”