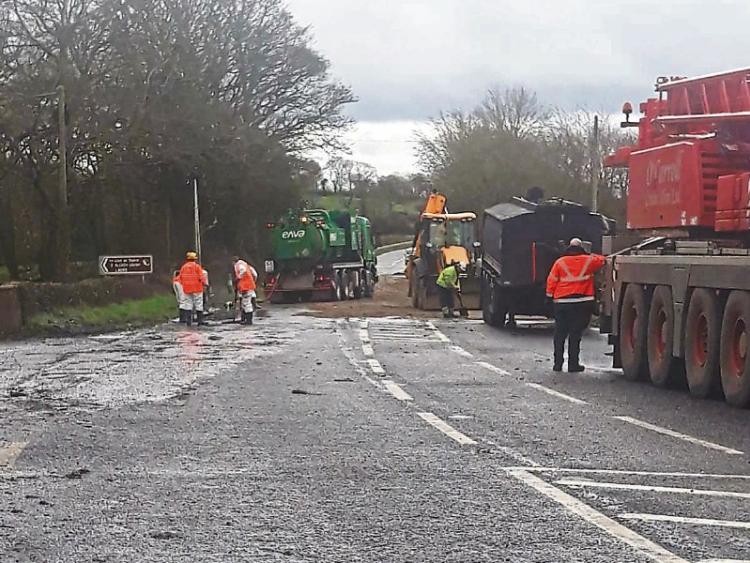 The clean-up continues following the accident on the N69

A CLEAN-UP operation on the N69 near Kildimo village is likely to continue until Wednesday, it has been confirmed.

Following a road accident, a section of the main Limerick to Foynes road has been closed since shortly after 4pm on Monday and local diversions remain in place.

The clean up continues on the N69. Motorists are advised to take alternative routes. Diversions in place via Pallaskenry and Kildimo. This operation will be at least one more day. #RoadSafety pic.twitter.com/GpJDgt4vzF

According to gardai, a truck jack-knived near the turn off for Pallaskenry – resulting in a significant fuel spill.

Limerick City and County Council has confirmed an emergency road closure is in place between Kildimo and Hegarty’s Cross with traffic being diverted via the N21 to Rathkeale and the R518 to Askeaton.

Emergency Road Closure - N69 Hegarty’s Cross to Kildimo village - due to a significant oil clean up operation after a road accident. Diversions in place (via N21 to Rathkeale and R518 to Askeaton Westbound and R518 and N21 Eastbound) Expect delays.

There were no serious injuries as a result of the accident.