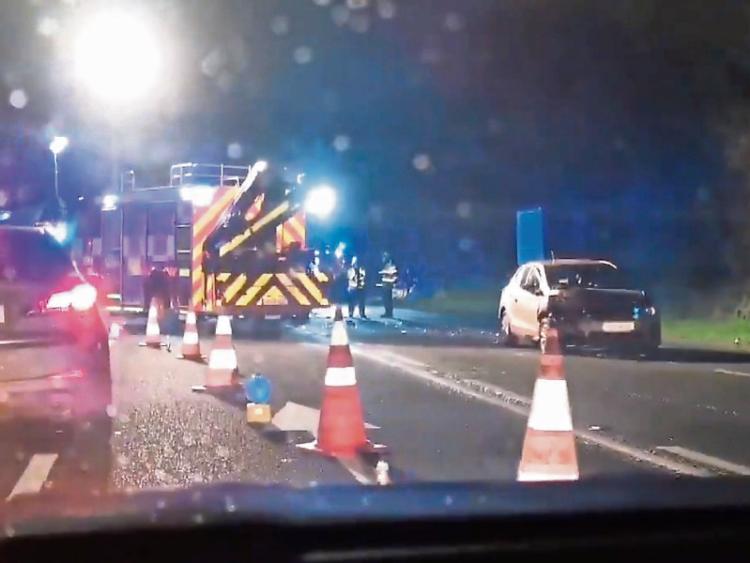 TWO people have been injured in a road accident on the outskirts of Limerick city.

The collision, involving a number of vehicles occurred on the N24, near Killonan Cross shortly before 5pm this Friday.

There were significant delays during the rush hour period as a section of the main Limerick to Tipperary Road was closed for almost two hours as emergency services attended at the scene.

One woman is understood to have sustained head injuries while a man, who was travelling in a second vehicle, sustained a leg injury. The injuries are not believed to be life threatening.

The occupant of the third vehicle was not injured in the incident.

The N24 has now fully reopened and gardai at Henry Street are investigating the circumstances of collision which resulted in three cars being extensively damaged.