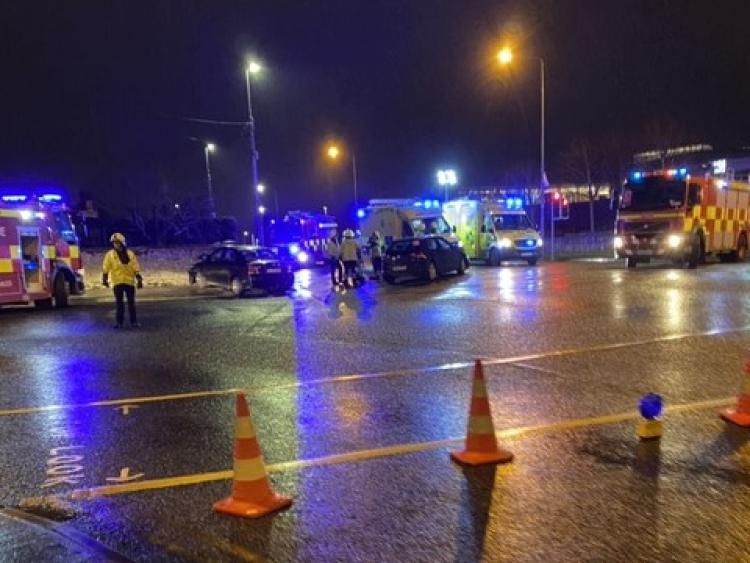 The road at Ivan's Cross was closed for around 90 minutes PICTURE: Jack McGrath

Emergency services attended the scene of the collision which happened on at Ivan’s Cross shortly before 8.30pm this Wednesday.

According to eyewitnesses, two cars were involved and one of them was badly damaged after it struck a wall.

A section of the road was closed for around 90 minutes but has now reopened fully.

Four units of Limerick Fire and Rescue from Mulgrave Street attended the scene along with gardai and paramedics from the National Ambulance Service.

It's not known if there are any serious injuries and an investigation into the circumstances of the collision is underway.