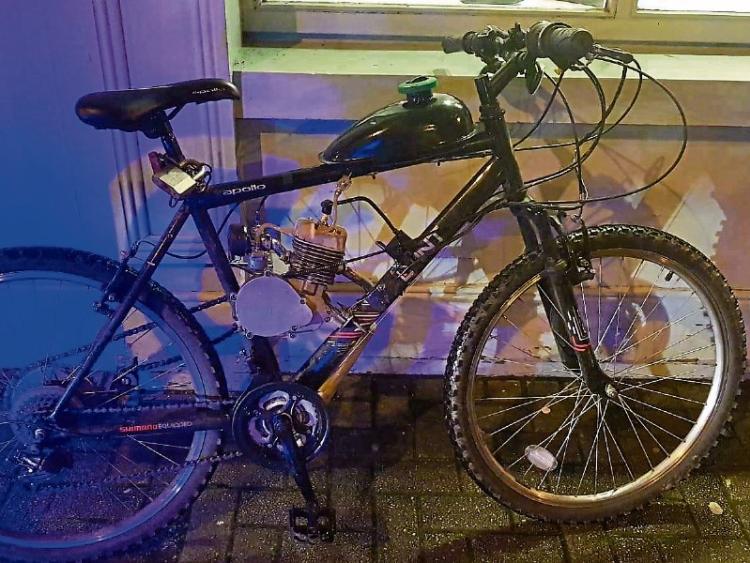 A CYCLIST who was stopped while riding a mountain bike which was fitted with a petrol engine and a motorised chain has been charged with multiple road traffic offences.

The GIANT Apollo bike was seized in recent days after the cyclist was stopped in the city by members of the divisional Roads Policing Unit who were on patrol.

“The rider nearly collided with traffic on a busy road. This is classed as a mechanically propelled vehicle,” said a garda spokesperson.

Photographs of the mountain bike which have been released by gardai, show a small fuel tank attached to the crossbar with the petrol engine and motorised chain underneath.

The cyclist is facing prosecution for no Insurance, driving without a licence as well technical offences such as not having safety lights.