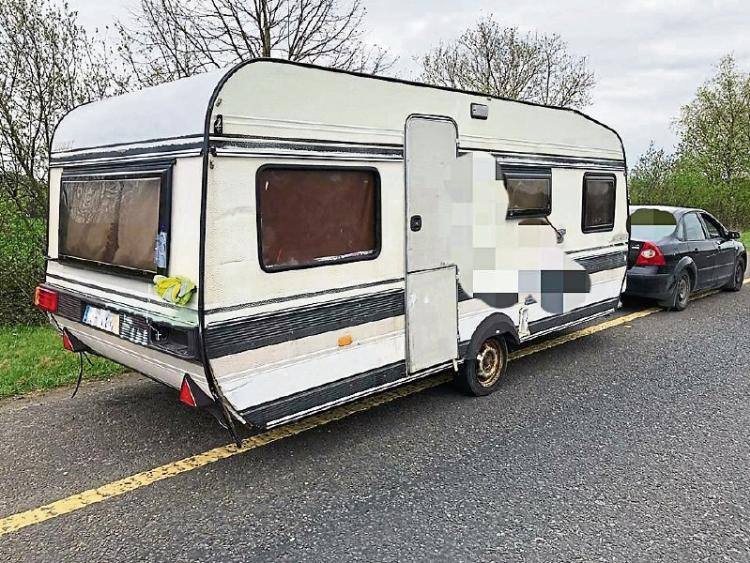 Gardai seized the car and caravan after stopping them on the M20 motorway | PICTURE: Facebook/An Garda Siochana

A DISQUALIFIED motorist who was caught towing a caravan on a Limerick motorway is facing prosecution before the district court for multiple road traffic offences.

According to gardai, three passengers in the caravan were not wearing seatbelts, when it was stopped on the M20 on Friday afternoon.

Members of the divisional Roads Policing Unit who were on patrol in the area decided to stop to the black Ford car and caravan after they were alerted via the mobility app.

No Holidays for this Crew…
Limerick RPU: Driver stopped on M20 yesterday.
The list is long!
3 people unsecured in rear Caravan
Driver had No Driving Licence
No Insurance
No NCT
No working lights!
Driver was disqualified from driving!

It was later established the driver was banned and did not have insurance. Defective lights were also identfied and the car did not have a valid NCT.

“Obviously we did the decent thing and seized it. It could be a holiday of a different kind for the driver, off to court,” read a post on social media.