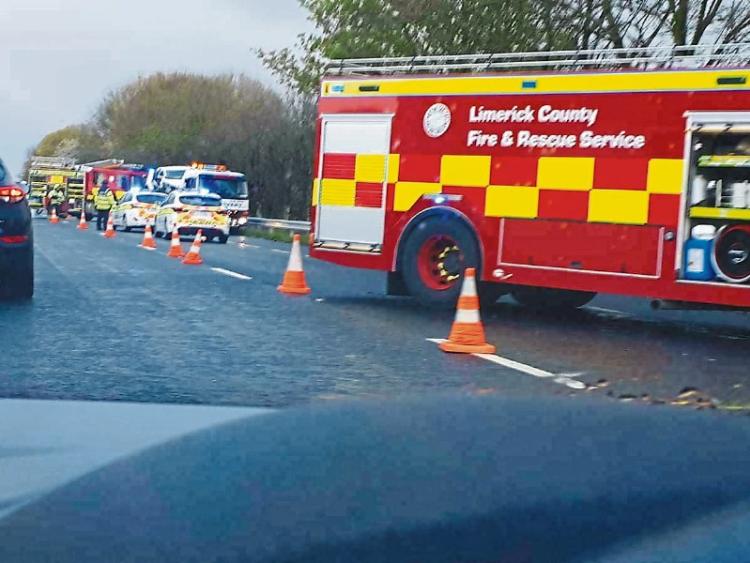 The scene of the collision on the N21

GARDAI say the scene of a road collision on the N21 between Limerick and Rathkeale has been cleared and that traffic has returned to normal.

There were lengthy delays for a number of hours this Tuesday evening after a truck and a car collided shortly before 6pm.

A section of the N21 – on the Rathkeale side of Croagh village – was closed in both directions for a time as emergency services attended the scene.

Gardai, paramedics and two units of Limerick Fire and Rescue from Rathkeale were deployed following the incident.

A number of recovery trucks were also required to remove the crashed vehicles from the road.

Gardai say nobody was seriously injured in the collision – the cause of which is being investigated.