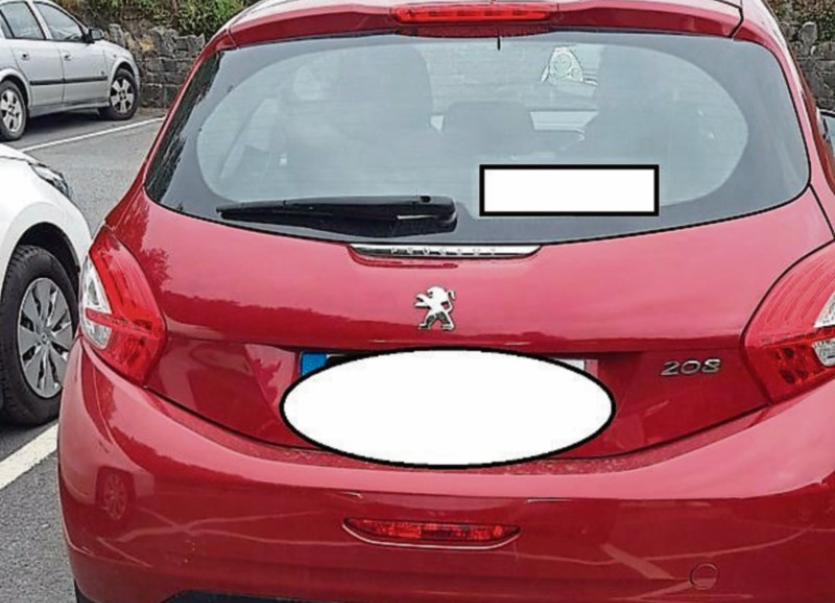 This photo was posted by gardai on social media

A MOTORIST who was caught speeding on a motorway in Limerick was disqualified at the time, gardai have revealed.

Following the detection, the driver produced a UK Licence to gardai who, using the Mobility smartphone app,  established he was disqualified for four years.

The vehicle – a red  Peugeot 208 – was seized and the driver charged under the Road Traffic Act.

He is due before the district court in the coming weeks.