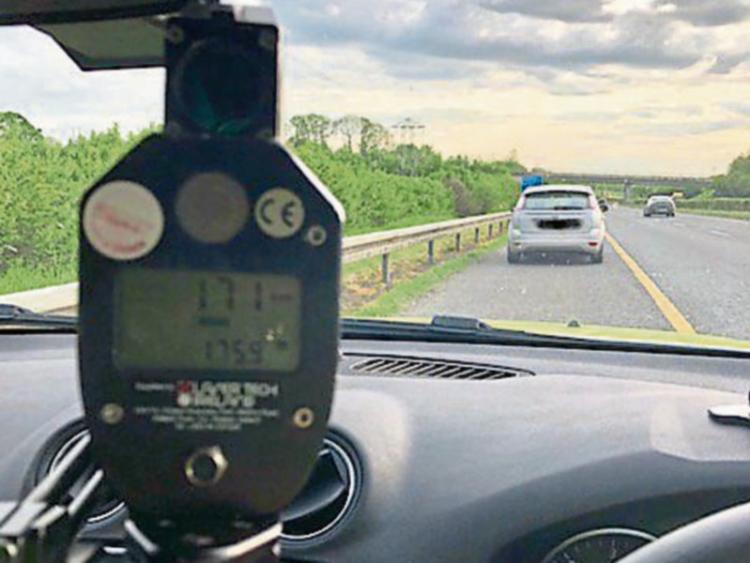 This photograph was posted on social media | Picture: Twitter/@GardaTraffic

GARDAI have confirmed that several motorists were caught speeding during a operation on the M20 motorway.

The operation was carried out by members of the divisional Roads Policing Unit this Friday afternoon.

In a post on social media, gardai appealed to drivers to slow down saying the highest recorded speed was 171km/h – 51km/h above the limit.

While the location of the detection was not confirmed, it appears to be on the M20.

A Fixed Charge Notice will be issued to the driver.