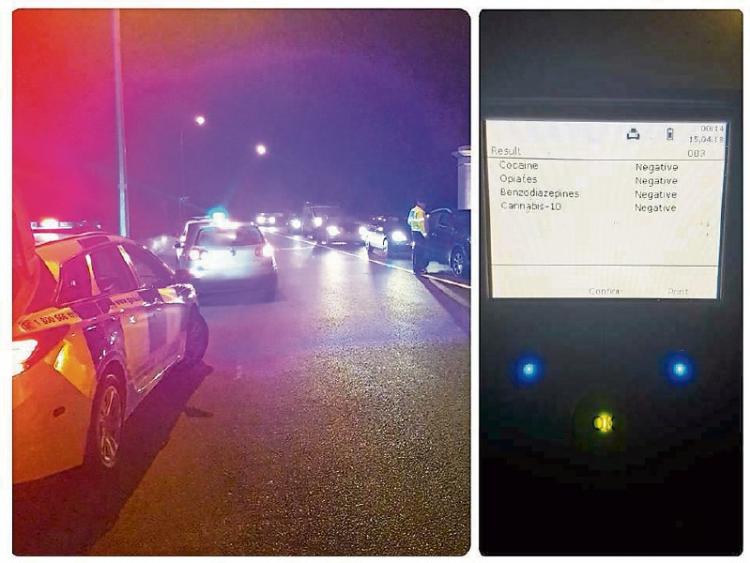 Limerick gardai have been out in force this weekend as part of a major road safety initiative.

Members of the divisional Roads Policing Unit have carried out a number of MIT and MAT checkpoints testing for both drink and drugs.

It’s understood checkpoints have been mounted at several locations across the city and county – with a particular focus on nightime hours.

While there have been a number of detections, gardai say at one checkpoint near Adare on Saturday night every driver who was stopped and tested passed.