Louise Loves: We have a winner! 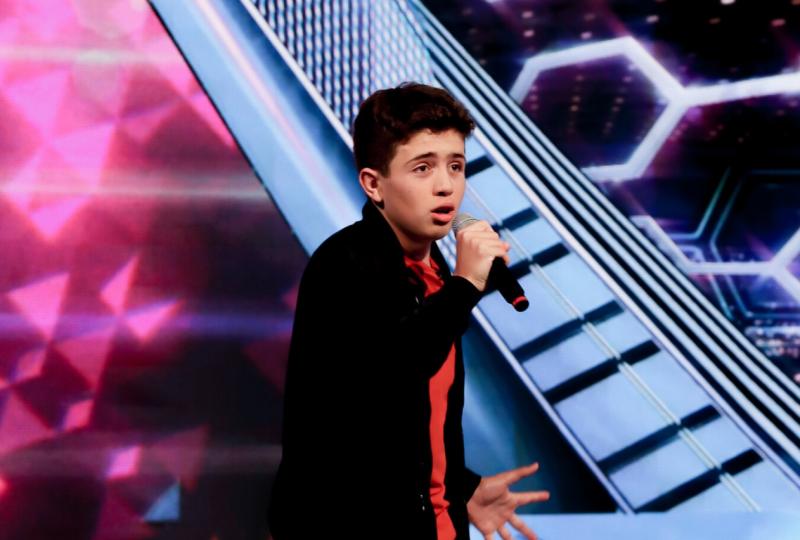 He was selected by a 2-to-1 vote from our panel of professional jurors that included 1992 Eurovision winner and legend, Linda Martin, radio presenter Niamh Ní Chróinín and musician with The Hot House Flowers Fiachna Ó Braonáin.

In all, 28 talented singers competed in the Junior Eurovision competition broadcast on TG4 this year. The competition consisted of four heats, a top eight semi-final, and a final sing-off between the top three.

Maiú wowed the judges with his renditions of James Bay‘s ‘Hold Back the River’ and Ryan Dolan‘s 2013 Eurovision entry ‘Only Love Survives’.

Linda Martin even said that she’d like to pay to see him perform in concert!

Maiú will sing a specially selected and written song in Paris this December, details of which will be announced at a later date.

The venue is one of the most impressive and beautiful in all of Europe, and since opening in 2017 it has fast become an iconic cultural facility aiming to bring all music to all audiences.

The slogan of the contest will be ‘Imagine’, which echoes Valentina's song that won the Junior Eurovision Song Contest in Warsaw last year.

It is also the ground of creation, of the incitement to dream. It is the playground of the mind to build a better world, a new world. The power to imagine is infinite, especially for children. And it is something we need more than ever today!

I personally cannot wait to watch Maiú Levi Lawlor light up the stage in Paris this December and fly the flag for Ireland– watch this space! Maiú Abú.

THE HAPPINESS CODE at the Savoy
Limerick man, life coach and professional mentor Aidan O Brien, is creator of “The Happiness Code’.

The “The Happiness Code’ is described as “an opportunity to re-calibrate your mindset & learn new ways of creating happiness & success.’ The event will take place on Wednesday, October 27, at The Savoy Hotel in Limerick city.

Aidan O Brien says: “After 18 months of being focused on things out of our control it’s important to remember how much of our life is in our control. And nothing is more important than finding and creating our happiness.

This event is to show people how to find the best parts of themselves again, and at the same time, raise money for a phenomenal cause who are helping so many children and families.“

By attending this event you will learn:
-How to be more confident.
-How to reprogram your mindset for health, harmony, and abundance.
-How to connect with your higher self.
-Learn the secret to self-healing.
-How to master the Law of Attraction new daily rituals to improve the quality of your life!"

More information and tickets at eventbrite.ie/THEHAPPINESSCODE - All proceeds will go to DOCHAS midwest Autism Support.

TO LISTEN
LAURA DUFF – GOOD FORM
The second single, 'Good Form', from the Limerick songstress is taken from her upcoming EP 'Heavy Summer', it is a BOP!

TO SEE
MONCREIFF IN DOLANS
SATURDAY, OCTOBER 23: Moncrieff has quickly established himself as an unmistakable burgeoning talent within London's live circuit. The release of ‘Serial Killer’ signaled progression from his signature soulful sound, adding an intriguing electronically charged backdrop to his stunning vocal delivery! This is one NOT to miss.