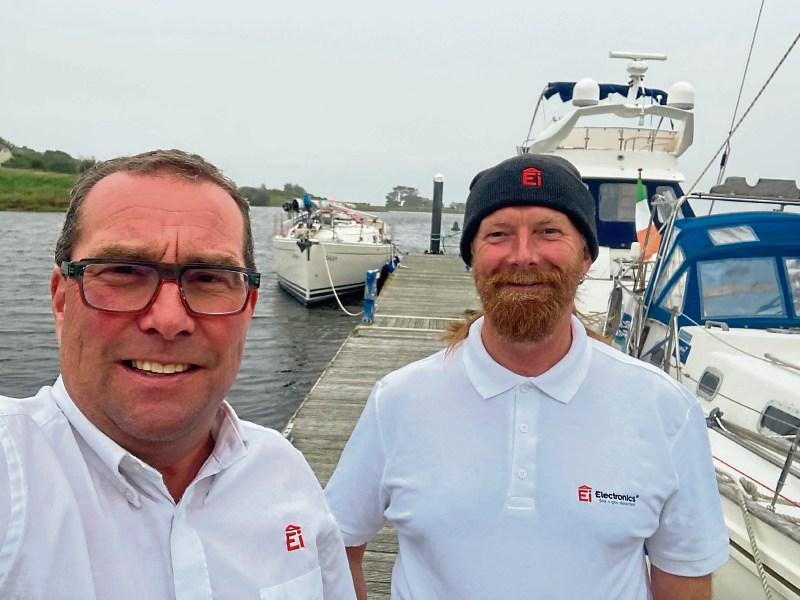 Limerick-man Peter Lawless (right) aims to be the first Irishman to sail non-stop, around the world on his own. Also pictured at Kilrush Marina was Peter Murphy, Ei Electronics who are sponsoring th

Limerick-man Peter Lawless aims to be the first Irishman to sail non-stop, around the world on his own.

Fifty-two-year-old Peter Lawless is planning to commence his epic trip from Kilrush harbour later this month and using a sextant and charts will navigate via the 5 Great Capes.

He is hoping the trip will take about 8 months but is prepared for up to ten. The trip is made all the more daunting in that Peter will be unassisted.

Growing up, Peter sailed with his parents, brothers, and sister. He started in an Optimist dinghy at the age of four. His yacht is a Rival 41, a standard production offshore cruising yacht that has been meticulously upgraded for the challenge, making her perfect for this circumnavigation challenge.

Peter says:  “I have always wanted to sail around the world, every aspect of the challenge is exciting for me. In 1996 my father came back after a 3-year solo circumnavigation at the age of 70, sailing into Kilrush Marina. He was and remains a huge inspiration for me”.

Peter now lives in Annascaul village near Dingle with his wife Kathy, and three children Emily, Rachel and PJ along with 4 grandchildren. He plans to depart in the second half of August.

Ei Electronics a global leader in the design and manufacture of smoke and carbon monoxide alarms, whose headquarters are in Shannon, Co Clare will sponsor Peter on his trailblazing voyage!

“Ei Electronics was attracted by the sheer enormity of the challenge facing Peter and his determination to succeed in what is essentially a personal challenge” commented Peter Murphy of Ei Electronics.

“We are delighted to be his lead sponsor, and support a local man in his quest to circumnavigate the globe unassisted.”

Peter Lawless will join me live on SPIN South West this Saturday at 10am.

What an incredible close to the Tokyo 2021 Olympic Games for Ireland, as Kellie Harrington wrote her way into the history books winning gold as she overcame Beatriz Ferreira of Brazil in stunning fashion by unanimous decision in the Women’s Light final on Sunday morning.

Harrington came into the bout having never met the Brazilian before, and Ferreira had proven herself as a force to be reckoned with in Tokyo, defeating all who came before her in style.

Cementing her place in history. Katie has become the second ever Irish woman to win an Olympic gold medal in boxing and only the third in any sport after Katie Taylor and Michelle Smith de Bruin.

A role model for so many, Kellie will inspire a whole new generation of athletes while reminding us all, not to take life too seriously, HAKUNA MATATA!

A fun, energetic Pop song, ‘Good Time’ is about reflecting on missed opportunities in the past but looking forward to better days ahead. Emerging Independent Irish Artist EMMA EDEL is one to watch!

Coupling up with Marty Guilfoyle and Tara Walsh the show airs across the Spinsouthwest social channels every Friday for the duration of Love Island!