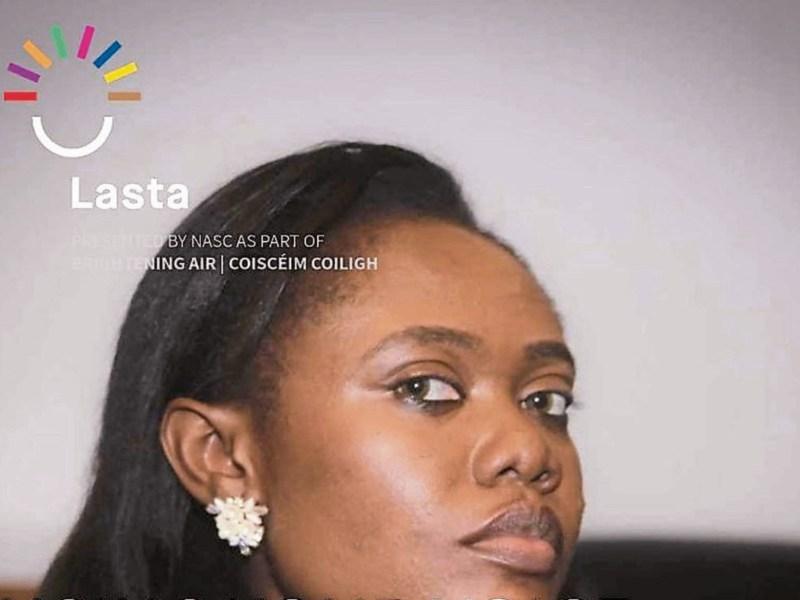 The LASTA festival features a mix of online and live performances and workshops in disciples as varied as theatre, spoken word, dance, and music.

LASTA takes place in eight venues across Ireland and two of the Munster venues are the Lime Tree Theatre/Belltable in Limerick and Siamsa Tíre, the National Folk Theatre of Ireland, in Tralee.

The Lime Tree is working with two young curators, Mamobo Ogoro and Stephen Hartigan. Stephen is a 22-year-old painter from Limerick and Mamobo is a 24-year-old based in Limerick, raised in Wexford, and born in Nigeria. Mamobo is a social psychology PhD candidate and the founder of Gorm Media, an online digital platform that brings cultures together through curiosity, conversations, and cultural pursuits.

Together they have curated a programme featuring events such as breakdancing, a panel discussion called Young People Using Their Voice hosted by Gorm Media, and a headline event with AfroPopCity, a Limerick-based afrobeat and hip-hop collective.

Meanwhile in Tralee, Siamsa Tíre is working with three young curators, all of whom are recent graduates from the Irish World Academy of Music and Dance at the University of Limerick. They are Aisling Clarke, a 22-year-old flute player from Roscommon; Ranóg Townsend, a 23-year-old sean nós dancer from Kerry; and Susan Coleman, a 22-year-old traditional singer and concertina player from Donegal.

All three are deeply rooted in the traditional arts. Their aim is to showcase contemporary artists who are pushing the boundaries of the tradition through fusion and collaboration as well as to celebrate those who are preserving old traditions that have been passed down through the generations.

Their line-up has seen concerts with Lisa Canny, a harpist, banjo player and singer who brings a hip-hop flavour to traditional music; MOM, Claudia Schwab, a funk-beat yodelling, and life-affirming musical explorer whose music is rooted in Irish, Austrian, and Indian traditions.

Most events are free and take place online. You can find out more at limetreetheatre.ie and siamsatire.com.

Excellent. “Bark’, is the second taste of David Keenans forthcoming new album - "WHAT THEN?" - which will be released on October 15.

Join Cliona Hagan, Claudia Buckley, and Clodagh Lawlor for a unique performance from the University Concert Hall stage, with individual acoustic sets and a finale featuring all three performers!
This online stream will be available to view On Demand for one week from 7pm on Friday June 18.