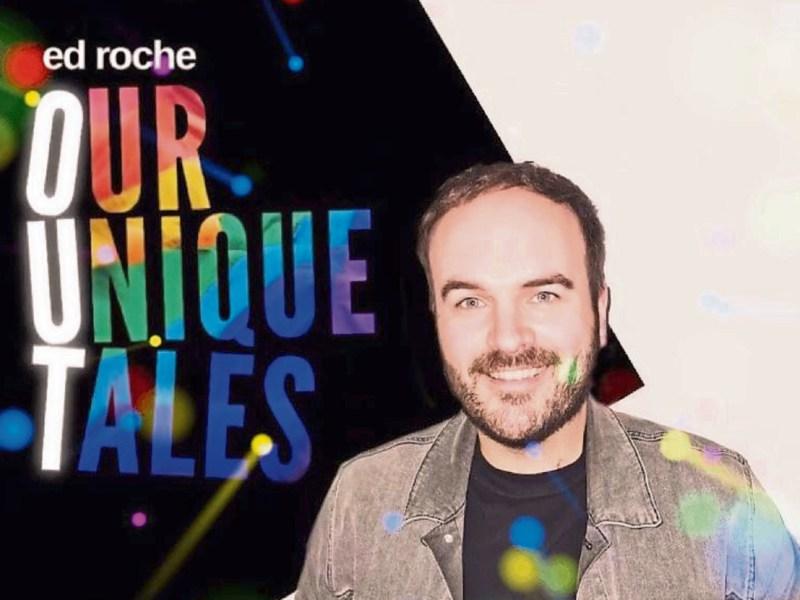 PRIDE is the word! All of us at SPIN South West HQ are incredibly proud of our fabulous college Ed! At the age of 31, breakfast radio presenter Ed Roche came out to his family and close friends as a gay man. 31 years of living in the closet had finally come to an end after years of shame, embarrassment, and fear.

Now at the age of 33, Ed Roche will present a brand-new radio documentary series ‘Our Unique Tales’ to celebrate Pride month.

‘Our Unique Tales’ hears from LGBTQIA+ people across Ireland, from the difficulties they faced growing up in this country, to where they are today.

‘Our Unique Tales’ launched on Saturday May 22, with a special episode to celebrate six years since Ireland voted Yes in the Same-sex marriage referendum. Ed’s first guest was Rory O’Neill, also known as ‘Queen of Ireland,’ Panti Bliss.

Of his sexuality, Rory shared:

“I wouldn’t change it for the world. When I was 17 or 16, I was terrified that I was going to be gay. But today and for many years, I’m so thrilled that I’m gay. It’s been nothing but a brilliant experience for me, I think I’m lucky to have turned out to be gay, really lucky.”

On the making of ‘Our Unique Tales’, Ed revealed:

“A lot of tears were shed during the making of this series, I really hope it connects with people no matter what your sexuality. People shouldn’t assume this is just for the gay community, it’s quite the opposite honestly.”

“Everyone’s story is so unique. There is no one way of coming out. I also like the word 'our’, it’s very inclusive, just like this series. Also, the first letter of every word spells the words OUT. I think it’s subtle way of including a word that means so much to me and many other LGBTQIA+ people.”

The next 4 episodes will be broadcast on SPIN each Saturday morning from June 5 – 26 to celebrate Pride month.

Listen live on SPINSOUTHWEST.com and via the SPIN app. Each episode will be available on podcast after the show online and in app.

Three Limerick students, Eoin Connolly, Saoirse Exton and Jack McGinn, have all been elected to the NSE of the Irish Second-Level Students’ Union (ISSU) in the positions of Secretary, Equality Officer and Education Officer respectively.

The Irish Second-Level Students’ Union is the national representative body for second-level student councils, with over 500 schools affiliated to the union nationally.

Eoin, a 5th year student in Villers, was elected to the Union for the first time. Saoirse has already served a term as Equality Officer of the ISSU and re-ran for the position at this year’s Annual Assembly “to continue to fight for equity for all students”. Jack is a 3rd year student in Ardscoil Rís and ran for the position of Education Officer after being a part of the ISSU Education Working Group over the past year.

Eoin, Saoirse and Jack are ready to lead the union into 2022 and ensure a strong Limerick representation is present throughout. Don’t miss an exclusive chat on SPIN Ar Scoil with Limerick’s brightest sparks. Search “SPIN Ar Scoil’ wherever you get your podcast.

FREE admission for everyone for the first five days.

Booking your visit is essential. Self-guided tours are available or just pop in to see your favourite bits!

Pastiche unleashes her third single Paraphernalia, another pop monster, on all streaming platforms! Pastiche is one of the coolest new pop artists in the country. Watch this space.

The Limerick senior footballers play Wicklow in Round 3 of the Allianz Football League Division 3 this Saturday May 29th at 3pm. Match will be live streamed on GAAGO.