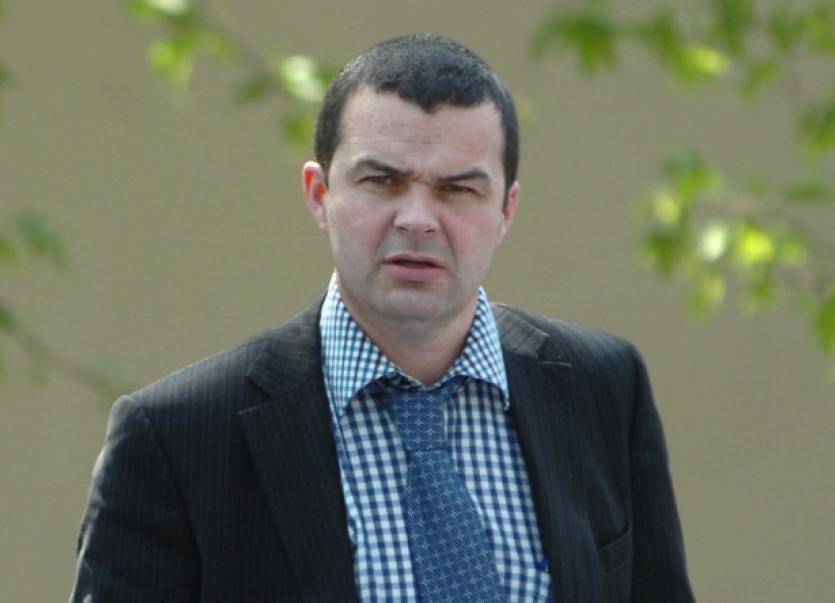 A DRIVER who was clocked doing speeds in excess of 200 kmph on a Limerick motorway was “in a hurry to see his girlfriend”, a local court has heard.

A DRIVER who was clocked doing speeds in excess of 200 kmph on a Limerick motorway was “in a hurry to see his girlfriend”, a local court has heard.

Karl Lee, aged 24, of Oristown, Kells, Meath has pleaded guilty to dangerous driving in connection with a high speed pursuit along the M20 which began at Cloghacloka, Patrickswell on September 28.

Garda Martin Tierney told Newcastle West court that at 8.50pm he was operating a speed check when he observed Lee’s car being driven at 197 kmph in a 120kmph zone. The garda began to follow the vehicle, but was unable to catch up with Lee as he was “driving in excess of 200 kmph” on the motorway, heading past the Dooradoyle turn off.

At the end of the motorway, where the road splits left and right for either Galway or Dublin, Garda Tierney saw Lee’s vehicle undertake traffic on the slip road to Galway, before swinging back out onto the motorway and heading towards Dublin.

Lee “continued speeding” but got “caught behind traffic” near Ballysimon, which allowed Garda Tierney to pull up behind Lee, turn on his siren and pull the accused over.

Garda Tierney spoke to the driver, who said he was “in a hurry to see his girlfriend”.

The court heard that Lee has one previous conviction for dangerous driving in October 2008, for which he received a two year driving ban. Lee also has four convictions for driving without insurance, dating back to 2007, as well as a six month prison sentence for possession of stolen property.

Solicitor Michael O’Donnell, defending, admitted that the accused has “a bad history”. The accused is an electrician who knows his offence is “very serious”, but “he didn’t know the guards were following him”. Mr O’Donnell said that there was no crash or near miss as a result of Lee’s driving, and asked the court to consider a €1,000 donation from the accused.

Mr O’Donnell admitted that Lee’s excuse of going to see his girlfriend was “ridiculous”.

Judge Mary Larkin was critical of the suggestion that Lee’s offence is lessened because he did not cause an accident. “Aren’t we very lucky that he didn’t kill anybody? Is that what I’m supposed to think? He was deliberately disregarding the rules of the road.”

The judge pointed out that Lee has a number of previous convictions for driving offences. “He hasn’t learned any kind of lesson.”

The judge disqualified Lee from driving for four years, and fined him €1,000.