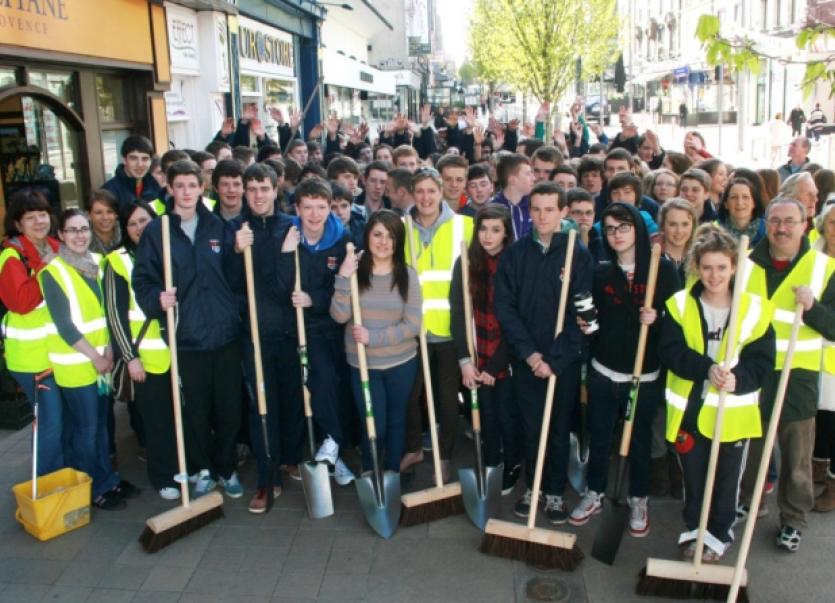 THE chairperson of the Limerick city Tidy Towns committee says she is delighted with the results of this year’s competition.

THE chairperson of the Limerick city Tidy Towns committee says she is delighted with the results of this year’s competition.

Helen O’Donnell was speaking after the national results were revealed this Monday lunchtime.

Limerick city centre saw its marks increase by 20 compared to last year to 258.

“It is fantastic. Last year put a line in the sand for us in terms of a starting point and we were anxious having increased our area this year and changed it slightly so obviously 20 points is very good and we are delighted,” said Ms O’Donnell.

In his report, the Tidy Towns adjudicator said significant progress was made this year and a number of specific initiatives such as the Fashion Quarter concept were highlighted.

The effort made by private businesses to keep their premises clean was highlighted by the adjudicator who noted that graffiti remains a problem in certain areas of the city.

While welcoming the year-on-year improvement, Helen O’Donnell says work has already begun ahead of next year’s competition.

“The increase in marks has upped the anti and maybe now people who are not participating at the moment will realise that every single person has to make an effort and it is only by everybody being involved that we will make this better,” she said.

In addition to the Limerick city centre entry, 21 communities from across the city and its environs also took part in this year’s Tidy Towns competition.

Every one of the communities who entered last year saw a year-on-year improvement this year with most having passed the 200 mark milestone.

The biggest single improvement saw Our Lady of Lourdes jump by 25 marks to 216 while the highest ranked communities were Annacotty (237), Carrabullawn (227) and O’Malley/Keyes Park estate management (219).

Separately, The Nicholas Street Limerick Medieval Quarter project received €1,000 after it won a special award in the Urban and Rural Village Award category.

Adare, which was voted County Limerick’s tidiest town, won a gold medal, having been awarded 307 points.

Ardpatrick was highly commended by the judges while Galbally was also commended.