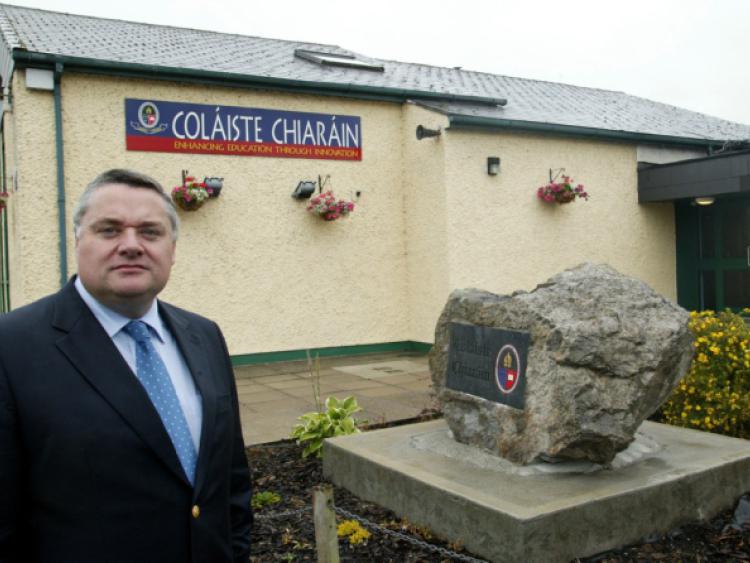 The outspoken principal has attacked the proposals as giving “free rein to schools to continue what is effectively educational apartheid”.

Minister Quinn’s draft Admission to Schools Bill is to go to the Oireachtas education committee for debate and proposes to eliminate waiting lists at primary and second level, booking deposits and limit to 25% of intake the number of children of past pupils that can be taken in any given academic year.

Limerick is unique in that 17 secondary schools in the region form part of a common application system to ensure every child makes the transition to secondary level, a system managed by the Limerick Education Centre.

Mr Malone says the results of the centralised enrolment system have been “mixed” and that it has brought about “considerable anguish and uncertainty” and “lacks transparency”.

He believes that if the current proposals put forward by the minister are adopted, a “valuable and historic opportunity will be lost”.

On the proposed limit of 25% of intake being based on past pupils, Mr Malone says it is “a capitulation to vested interests” and strongly believes that geographical location should determine first priority, after the policy of admitting siblings of existing students.

“Surely it is the right of every parent to send their child to their local school, if they so choose? By completely ignoring this inherent right, the proposed legislation effectively gives free rein to schools to continue what is effectively educational apartheid,” he said.

“There is no justification for giving preference to siblings of former pupils, or indeed children of past pupils. Again, this is discriminatory and unfair.”

He added: “It is clear to me that this is a means to reproduce a social class and cherry pick the best students.”

Minister Quinn’s cabinet colleague Jan O’Sullivan, who was Labour’s education spokesperson for several years, has been critical of “cherry picking” by certain second level schools in the past. She stressed that these were as yet “only proposals”.

The heads of the bill agreed at Cabinet were “now being put out there for discussion”, she said.

“The main motivation is to ensure that every child can get into an appropriate school that is not too far away from home,” she explained.

Limerick’s common application system “works for most people although there are still difficulties where there are not enough places for kids in the immediate area and that can be heart-breaking for children”.

“What we must try to ensure is that this is not because of cherry-picking from other parts of the city and county while others who are on the doorstep of a school can’t get a place.”