Four charged with threatening to kill gardai in Rathkeale 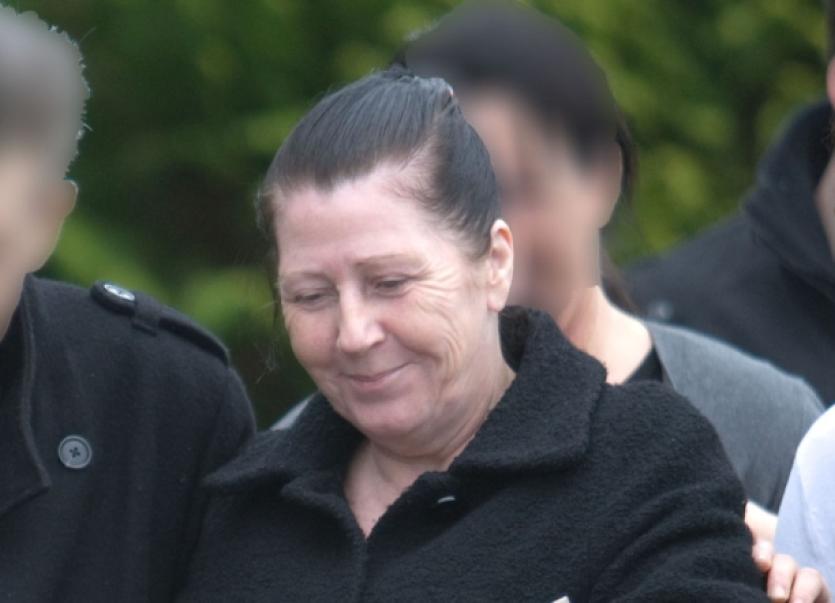 THREE men and one woman have been charged with threatening to kill two gardai during an alleged violent incident in Rathkeale in June.

THREE men and one woman have been charged with threatening to kill two gardai during an alleged violent incident in Rathkeale in June.

Mother-of-seventeen Bridget Ryan, 55, of 7 Fairgreen, Fairhill, Rathkeale, her sons Roger Ryan, 25 and Michael Ryan, 22, also of Fairhill, and Robert O’Donoghue, aged 21, of St Jude’s, Garryowen appeared before Newcastle West court this Tuesday in connection with the alleged incident at Fairhill, Rathkeale on June 7.

Garda Tom Flavin told the court that he charged each of the four accused with two counts each of threatening to kill contrary to section five of the Non-Fatal Offences Against the Person Act before the court on Tuesday morning. None of the four made any reply after charge.

It is alleged that the threats were directed towards two members of the gardai, one male and one female, as they attempted to deal with the incident on June 7. On conviction at trial, the offence carries a maximum penalty of ten years in prison.

All four accused were already on remand on charges of violent disorder arising from the alleged incident. Insp Paul Reidy told the court that the Director of Public Prosecutions (DPP) is seeking trial by indictment at the Circuit Court for each of the accused on the charges of threatening to kill and violent disorder. Insp Reidy added that books of evidence for each accused are due to be completed by September 26.

Roger Ryan is currently being held in custody after he had two applications for bail refused, while the other three defendants are currently being held on bail. At Tuesday’s court sitting gardai did not object to Michael Ryan and Robert O’Donoghue having their bail extended. However gardai did make an application to have Bridget Ryan’s existing bail revoked, and for her to be remanded in custody on the fresh charges of threatening to kill. After a lengthy hearing, Judge Aeneas McCarthy refused the application by gardai and granted a further extension to Bridget Ryan’s bail.

All four were remanded to appear before Kilmallock court on September 17. Separate offences of dangerous driving and other road traffic matters against Robert O’Donoghue on June 7 in Rathkeale, as well as driving offences for a separate alleged incident in Limerick city on October 13, 2012, were adjourned until December 10. A number of conditions were attached to O’Donoghue’s bail on these matters, namely that he abide by a curfew, that he sign on daily at Henry Street garda station, that he stay out of Rathkeale and Newcastle West, that he not drive any vehicles, and that he not make contact with the Ryan and Harty families.