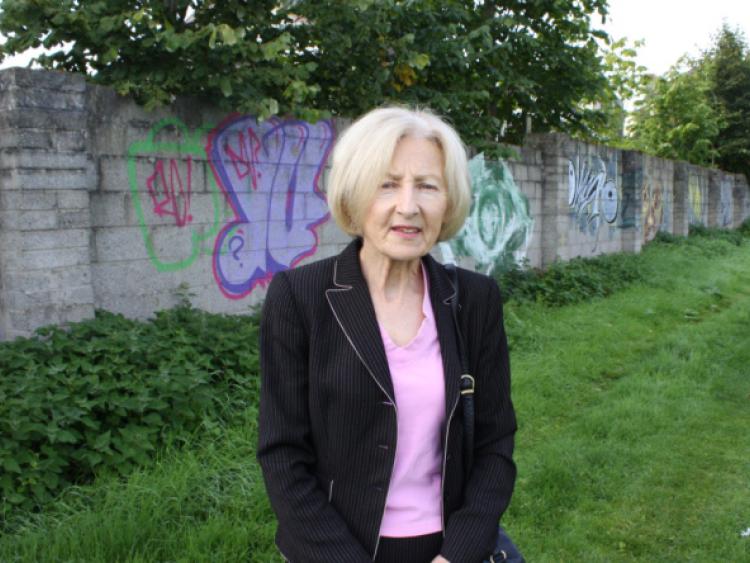 THE LEVEL of graffiti in the Castletroy area is becoming scandalous and is spreading like a virus, says Cllr Mary Jackman.

THE LEVEL of graffiti in the Castletroy area is becoming scandalous and is spreading like a virus, says Cllr Mary Jackman.

She was speaking about the problem at a Castleconnell local area meeting.

“Local resident associations are doing great work and it is important that their good work isn’t being undone. Residents have been on to me and are very upset about this,” said Cllr Jackman.

Her Fine Gael colleague, Deputy Kieran O’Donnell confirmed this week that Limerick Local Authorities will remove extensive graffiti in Castletroy between the Kilmurry Roundabout and Monaleen Road, known locally as the Superquinn Road.

“I have been working with the local authorities and residents for some time on this. The issue has been an ongoing one for residents, and I am confident we are now seeing a good outcome unfolding.

“In addition to the agreement to remove graffiti between Kilmurry Roundabout and Monaleen Road, the local authorities have agreed to address the graffiti in the greater Castletroy/Monaleen/Annacotty area, and to explore the possibility of installing CCTV to combat further incidents.

“This series of actions is necessary, in my view, to tackle the issue in a sustainable way,” said Deputy O’Donnell, who added that he will be bringing this issue up with relevant ministers with a view to a national graffiti initiative.

“The issue is being experienced across Limerick and the country, and the most effective way of addressing it is in a national context,” said Deputy O’Donnell.

There have also been moves to form a community wide graffiti task force for the general Annacotty, Monaleen, Castletroy area. Annacotty Tidy Towns say an open meeting will be held on Thursday, September 19 at 8pm in the Black Swan. All are welcome to attend.

Cllr Jackman says the graffiti problem is increasing and multiplying.

“One of the first offending areas was a Shannon Development building across from Kilmurry graveyard.

“It was daubed beyond recognition but Shannon Development has done a brilliant job in removing it.

“The most obvious location is the wall of a housing estate facing towards the Kilmurry roundabout and in the vicinity of the shopping centre.

“That is the most disgusting one because it is there for everyone to see. People have rung me asking what is happening in Castletroy and where is it all coming from,” said Cllr Jackman.

Bridges over the southern ring road, derelict sites, open spaces, gable ends of houses are the areas being spray painted.

“There are bits and pieces elsewhere. We think it is one individual because it is the same areas being hit.

“The graffiti looks like a big fat m. Some people might call it art but I certainly wouldn’t. Residents are being driven demented because you can’t remove it,” said Cllr Jackman.

While there is a lot of graffiti in the skate park in Castletroy Park, Cllr Jackman says that is different because it is just what youngsters do and is “part and parcel of the culture”.

But the increase in graffiti in the greater Castletroy, Monaleen and Annacotty area “seems to be an obsession and is spreading through the area like a virus”. she concluded.