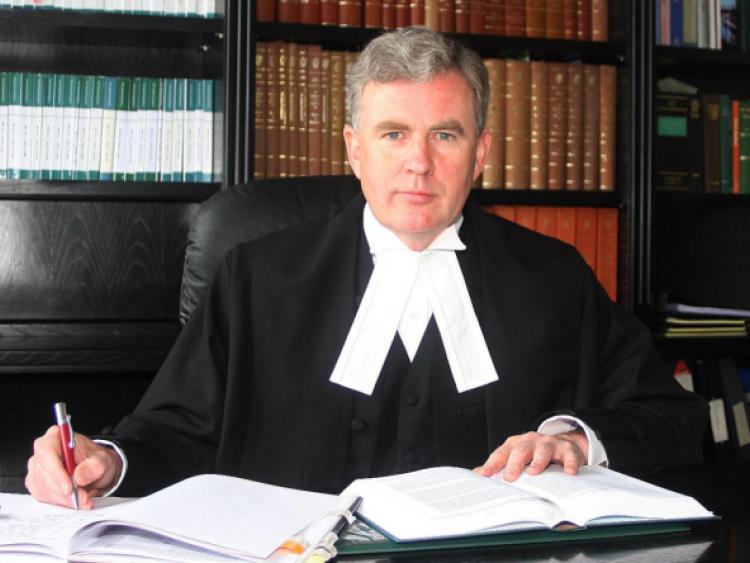 A STUDENT who kicked and shouted obscenities at a car “due to the fact that it was an English-registered vehicle” and went on to kick its owner a number of times in the head, has paid €2,600 to the injured party in compensation, a court has heard.

A STUDENT who kicked and shouted obscenities at a car “due to the fact that it was an English-registered vehicle” and went on to kick its owner a number of times in the head, has paid €2,600 to the injured party in compensation, a court has heard.

Kilmallock Court previously heard that the defendant, David Healy, aged 24 of Healy’s Bar, Main Street, Kilfinane had been drinking all day after his team had played in a county final in Limerick.

Healy pleaded guilty to charges of assault causing harm and intoxication in a public place at Westend, Kilfinane on September 26, 2011.

Garda Niall McInerney of Kilmallock garda station told the previous court sitting that at approximately 4.30am, the injured party was awoken from his sleep by the noise coming from the street below.

The court heard that the injured party witnessed the defendant punching and kicking his car.

Garda McInerney said that Healy shouted obscenities at the car “due to the fact that it was an English-registered vehicle”.

The court heard that the victim went out of his house to confront “an intoxicated Mr Healy” which resulted in both parties becoming engaged in a physical altercation.

The court heard that while the victim was in the chokehold, Healy returned and kicked the victim into the head on a number of occasions until he was told by the other male to stop, which he did.

Garda McInerney said Healy then continued to punch the victim in the face.

The court heard that as the victim began to make his way home, the accused then ran down the road behind him and when the victim turned around, he landed his fist on the victim’s nose. Garda McInerney said that the victim stated that with this punch “he heard his nose crack”.

The court heard that David Healy had no previous convictions.

When asked by Judge Eugene O’Kelly how he is feeling now, the injured party replied: “I’m still alive”.

Judge O’Kelly said he felt that the defendant had attended to his responsibilities. He said Healy behaved very stupidly and very badly but had now paid the sum of €2,600. “I feel that by way of criminal sanction that is more than sufficient,” said Judge O’Kelly who informed the injured party that there were civil remedies open to him if he wished to go down that route.

“From a criminal point of view, I am satisfied that Mr Healy has been punished enough,” he said.

The court heard that there had been an apology from Healy for his behaviour during the last court hearing.

“I have no doubt that the next time he sees either you or an English registered motor car that he is not going to behave in the same way,” continued Judge O’Kelly.

When asked by Judge O’Kelly if there was anything he wanted to say, the injured party said that he felt that the other party involved in the incident, not the accused, “seems to have walked away scot-free”.

Judge O’Kelly informed him that it was a matter which should be brought to the attention of the gardai.

The court heard that Healy had behaved “impeccably” since the incident.

Judge O’Kelly said that while it was an “extremely upsetting” incident for the injured party he said he accepted that the defendant had realised the “stupidity” of his actions.

“He had learned an expensive lesson,” he said.

“He is not someone I expect to see in court again,” said Judge O’Kelly before applying the Probation Act.

“Your record will be left clear,” he informed Healy.