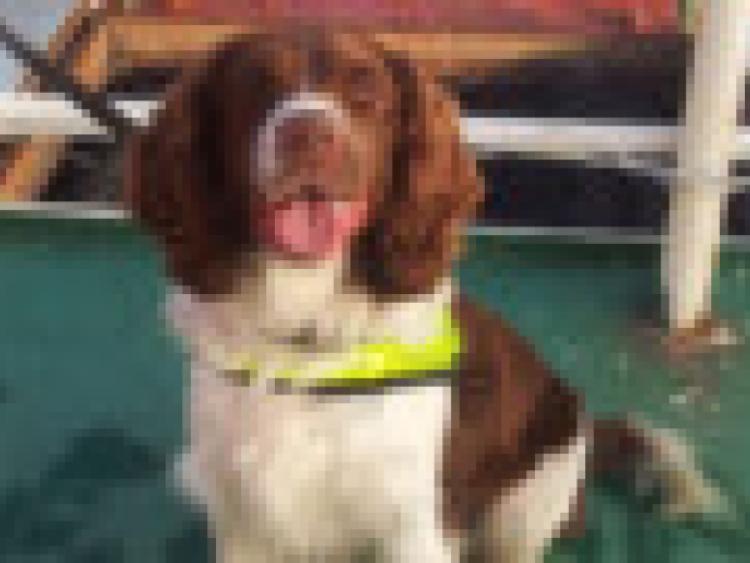 THOSE behind a €300,000 drug shipment destined for an address in Munster had not reckoned with the crime-fighting capabilities of a cocker spaniel named Ollie.

THOSE behind a €300,000 drug shipment destined for an address in Munster had not reckoned with the crime-fighting capabilities of a cocker spaniel named Ollie.

The sniffer dog - a vital member of the customs team at Shannon - was rewarded with some tasty treats after making the cannabis detection at the airport this Tuesday.

“Officers from Revenue’s Customs Service at Shannon Airport, seized a quantity of herbal cannabis with an estimated street value of €300,000,” a spokesperson for Revenue said.

“Following a positive indication by Customs dog, Ollie, Revenue officials discovered the drugs concealed in a consignment of freight that arrived into Shannon. Investigations are continuing.”

The spokesperson said that for operational reasons, the origin of the freight consignment that landed in Shannon this week could not be disclosed.

But it is understood the shipment was destined for an address in the Munster region.

Gardai in Shannon are also part of ongoing investigations into what is one of the biggest drug seizures in the airport in recent years.

Ollie the cocker spaniel is one of a team of 12 trained sniffer dogs at air and sea ports; in mobile units and postal depots.

He is one of the lines of defence used by Revenue in preventing the flow of contraband through Shannon. A static baggage scanner used by officers at the airport is in the process of being replaced, Minister Michael Noonan told the Dail last month.