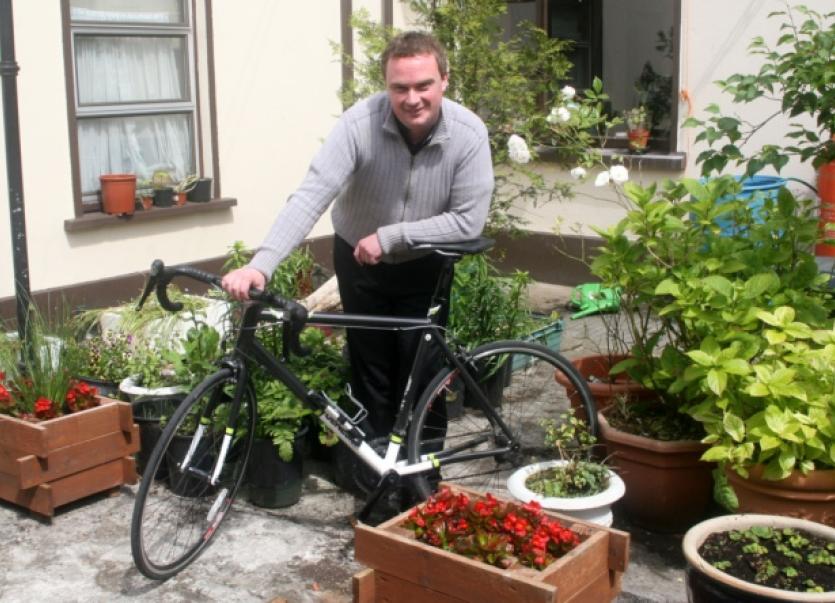 ONE of the youngest priests in the country is doing his bit to help end the cycle of poverty by getting on his bike.

ONE of the youngest priests in the country is doing his bit to help end the cycle of poverty by getting on his bike.

The Castleconnell native has been based in Ennis since then and the effects of the recession are very visible for priests. They see and hear things that others don’t.

Fr Ger decided to cycle 30 miles for 30 days to raise money for Barnardos Children’s Charity. In an interview with the Leader last year, Fr Fitzgerald said: “The people who really need help are actually the ones who won’t call to your house. That’s why there is tremendous value in the outreach ministry in Ennis. We need to be reaching out to them, I’ve tried to be involved in it as much as I can.”

His experiences in Ennis are reflected in every parish in Limerick with men and women struggling away in silence. There are many more levels to the term ‘the poor’ which should be explored.

“In modern society the poverty of spirit is becoming more and more prevalent, the poor of heart struggle to find a light in the darkness and the poor of health share daily in the passion of Christ through their suffering,” he said.

Poverty of hope, a result of the economic downturn, has caused much distress for countless families and anyone who is in the grip of this poverty must be supported and cared for in any way possible,” added Fr Ger.

He believes it is a distressing and sorry state of affairs which requires immediate action and not just empty promises. In particular, he was saddened by the plight of Barnardos Children’s Charity.

They respond to the individual needs of each child and family, and aim to provide practical and professional supports to bring hope into situations where hope is sometimes lost.

For the second year in a row they will shut down all services for children and families for one week in August in order to cope with its growing cash crisis.

The move is due to lack of funding caused by repeated cuts to statutory income and a decline in voluntary income.

“Often, the poorest in our society are those who for whatever reason themselves without a voice or without much influence. Into this category, in my opinion, fall the children with whom Barnardos Children’s Charity works tirelessly. These children have suffered the effects of poverty, neglect, disadvantage and violence and often find themselves suffering not just the poverty of material goods but also the poverty of despair, fear, hopelessness and loneliness,” Fr Fitzgerald told the Limerick Leader.

“This is where Barnardos come in. They strive to build a better tomorrow for these children, to open the door of hope and to allow the light of possibility and potential to shine in. Without their efforts many of these children would live only in darkness,” he added.

Chief executive Fergus Finlay said the forced closures had the potential to do “untold damage” to vulnerable children and families.

He decided to cycle 30 miles for 30 days and began his journey on Monday, July 1.

“By doing this I hope to not only raise funds but also raise awareness for the charity and indeed for all the poor in society,” he explained.

As he still has to attend to his parish duties he will drive to a location in Clare or Limerick cycle 15 miles and then back again to the car. A group of parishioners are helping him with his endeavours.

His homeplace of Castleconnell will be a definite location as will the Gaelic Grounds on July 14.

“I wouldn’t miss that for the world. I intend to cycle from Ennis to Limerick on that day,” Fr Fitzgerald enthused, adding it was a pity for his parishioners that Cork beat Clare but at least he won’t have divided loyalties.

There would, he confirmed, have been no prayers said from his altar for a Clare win over Limerick!

Or if you see him cycling on the highways or byways you can support his collection. His only concern is that he will end up in University Hospital Limerick at the end of the 30 days!

All the money raised will go to Barnardos.