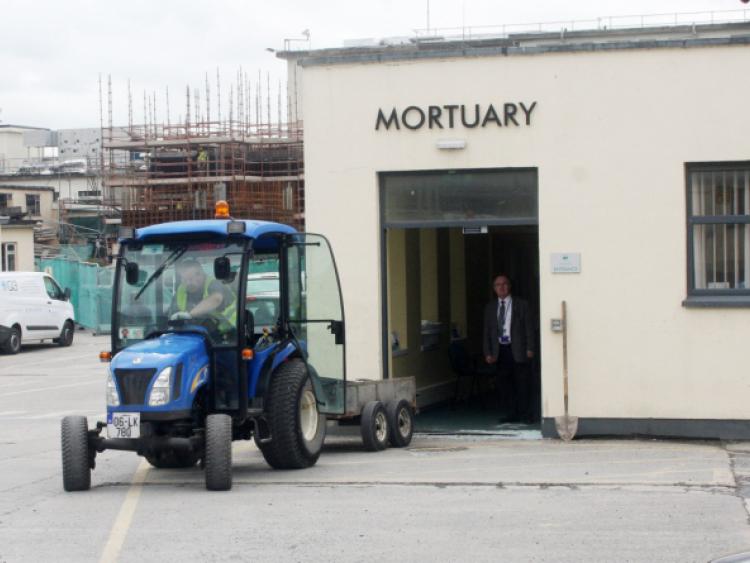 IT was a case of waking the dead when a van crashed through the front doors of the mortuary at Limerick University Hospital.

IT was a case of waking the dead when a van crashed through the front doors of the mortuary at Limerick University Hospital.

But the HSE has declined to confirm whether any persons living or dead were present when the unfortunate accident occurred shortly after 11am yesterday.

An eyewitness said it appeared as though the handbrake had been left down in the unoccupied van and that it had rolled downhill towards the morgue where it remained wedged in the front doors for an hour before the clean-up.

“As one of the lads was saying, they must be dying to get in there,” he quipped.

A reception separates the clinical room in which autopsies are carried out from the scene of the accident.

The van had been removed and a clean-up operation was almost complete by the time Limerick Leader photographer Michael Cowhey arrived at the scene around an hour after the accident.

“An accident occurred. The doors are being repaired. Nobody was injured,” a spokesman for the hospital said when contacted this Wednesday afternoon.

The HSE could not for reasons of confidentiality disclose whether anybody was present in the mortuary at the time of the crash.

Efforts to elicit any further information were met with a deathly silence.