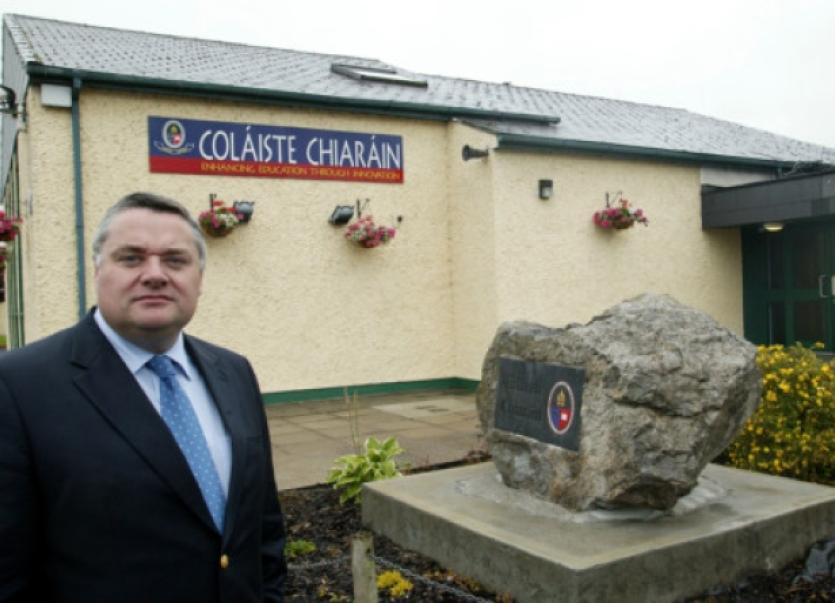 A NUMBER of objections/submissions have been lodged in respect of a new €12 million secondary school in Croom which is to cater for up to 1,000 students.

A NUMBER of objections/submissions have been lodged in respect of a new €12 million secondary school in Croom which is to cater for up to 1,000 students.

Last month the Board of Management of Colaiste Chiaráin in Croom lodged an application for the construction of a two storey, post primary school at Skagh, Croom which is to accommodate in the region of 1,000 students.

In a submission lodged with the local authority, the built environment and heritage officer with An Taisce, Ian Lumley, said that while they fully support the creation of education facilities for Colaiste Chiarain it was “disappointing” that the consultants, DBFL Consulting Engineers, who have been engaged as engineers for the application, produced such a “lacklustre” and “uninspired” submission with relation to sustainable travel.

He claims that DBFL fail to make any reference to the National Transport Authority Tool Kit for School Travel.

A submission lodged by two local residents who live in close proximity to the school, states that while, in principle, they fully support the initiative to build “this much needed amenity for the people of Croom” there is “insufficient detail” provided in terms of assessing the impact of the proposed pathways, cycle lanes and public lighting standard on the front of their property.

“The current proposals indicate playing pitches at the west of the development, use of these pitches late in the evening or at night would be of a serious concern as a local resident due to noise. It is also unclear from the proposal if there are plans to install flood lighting which would also be of a concern. The erection of other structures such as terraces or stands around these pitches would also be a serious concern,” the residents’ submission states.

In their submission, the Health Service Executive outline that there are a number of concerns from a food safety viewpoint in relation to the kitchen and canteen proposed.

“As it exists on the plans, the kitchen area, 24m2, may not be sufficient to cater as a commercial kitchen,” the submission states.

Deputy Niall Collins, TD, who has been lobbying since 2007 for the new school in Croom said he hoped that the council would give the green light for the project.

“I’m disappointed that there are objections or submissions which will inevitably lead to further delays. We have been waiting for too long for this new school to be built. Hopefully, the planners will grant permission as soon as possible,” he said.

The development will comprise of 57 teaching spaces and all ancillary areas along with the provision of three playing pitches, six hard surface playing areas, general playing areas, car parking spaces, bus and car set down areas, provision of a new vehicular/pedestrian access, entrance, associated works and the creation of a new pedestrian link to the existing footpath as well as landscaping, site boundary treatment works and all ancillary site development works. The gross floor area of the school is around 9,800sqm. on a development site of 8.8 hectares.

The new school in Croom is to be located on a green field site on the outskirts of the village near Caherass nursing home.

The principal of Colaiste Chiarain secondary school, Noel Malone, has previously said that he expects the new school will be a model for the development and use of ICT infrastructure at European level.

A decision in relation to the planning application is due from Limerick County Council by April 25.