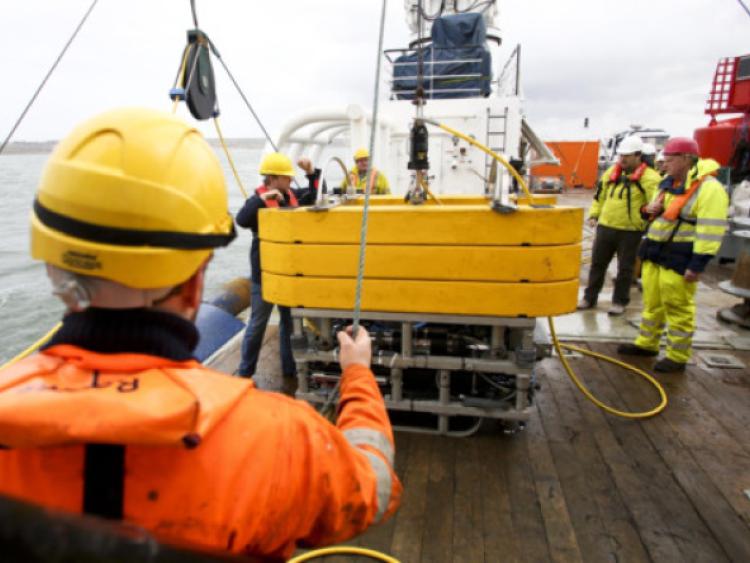 THE UNIVERSITY of Limerick is leading a European wide marine exercise to deal with the possibility a major environmental disaster.

THE UNIVERSITY of Limerick is leading a European wide marine exercise to deal with the possibility a major environmental disaster.

Exercises recently took place in the estuary, involving over 200 personal from a range of marine bodies, to replicate the exact scenario if a 43,000 tonne container ship floundered and impacted with rocks due to loss of  steering.

Remotely operated submarine vehicles, developed by the Mobile and Marine Robotics Research Centre (MMRRC) at UL, were used to detect and monitor potential pollutants as a result of the accident and assess the ship’s damage.

These vehicles will be used to assess and relay sensor data, ultimately allowing for fast effective deployment of resources essential to contain oil spills in a safe manner.

Unmanned aerial vehicles fitted with cameras were launched over the stricken vessel to gather aerial data of oil spills and slicks.

The use of the robotic submarine and aerial vehicles is expected to significantly enhance Irish and European response and containment strategies for similar real-time accidents.

Dr Daniel Toal, research leader at the MMRRC, said “this exercise will allow us to include the most up-to-date technology capabilities in marine emergency response scenarios in Ireland and across Europe.”

The exercise is being led and has been organised by the MMRRC, Shannon Foynes Port Company and Clare County Council.

Patrick Keating, chief executive of the Shannon Foynes Port Company (SFPC), said exercises such as this are critical and SFPC, which has statutory jurisdiction over all commercial maritime activities on the Shannon Estuary, has an important role to play in these.

“We have ambitious plans for growing throughout on the estuary and it is critical that such exercises are done so that we are prepared for any possible occurrence, however unlikely,” said Mr Keating.

He said they are delighted that the estuary is the first European test site for “such advanced technology for dealing with emergency responses as it reaffirms its status as an advanced commercial maritime location.”

This exercise as part of a European Research Collaboration NETMAR which has Irish, UK, French, Spanish and Portuguese partners.